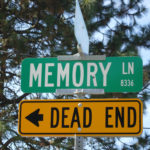 Let’s start with a bit of reflection…

Think about a good memory you have from the past. How much of the detail can you recall? Now think about a negative memory you have (from around the same time, if you can), and how much detail you can remember. Try to do the same for something mundane that you might recall without emotion attached to it. Which is more vivid?

It is thought that people remember emotional events more intensely (so-called “flashbulb memories”). In fact, research suggests that for more emotional memories, the focus of emotion is often remembered clearly, but details in the background less-so, in a trade-off fashion. The exact emotion being felt interacts complexly with the specificity of future recall. Overall, negative emotions may be more salient later on, or have a greater trade-off in the detail retained, but this is influenced by factors such as age (as one gets older, positive recall tends to increase) or trauma (which can decrease subsequent negative recall specificity). 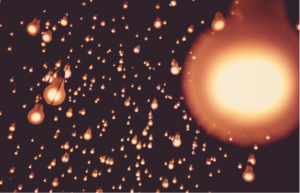 People with depression appear to remember autobiographical events in less detail than people without depression (van Vreeswijk et al, 2004). Some previous studies have found that positive, but not negative, events are recalled with less clarity by depressed than non-depressed participants (Young et al, 2012). A meta-analysis published in 2010 found that this ‘overgeneralised’ memory predicted a poorer future outcome of greater depression severity in short-term follow-up measurements (Sumner et al, 2010).

However, it’s also important to note much evidence suggesting that people suffering from depression have impairments in fundamental cognitive processes, such as memory, even in non-emotional laboratory tasks. Gallagher and colleagues found that over time, individuals who recovered from depression had improved memory performance over time for non-emotional words (read in a list), in contrast with no improvement by patients who did not recover (Gallagher et al, 2007).

Measuring real-life memory might be more representative of individuals’ lived experiences than remembering a list of non-emotional words in a research assessment, but it will also be biased by the nature of events that have occurred and are being remembered. Furthermore, it is possible that being depressed during past events may affect how someone reminisces later.

How does this all fit with your trip down memory lane?

Lewis and colleagues (Lewis et al, 2017) attempted to assess automatic or implicit emotional memory, using a similar verbal memory task to widely-used wordlist tasks (including by Gallagher et al. in the study mentioned above), but using words considered to be likeable/unlikeable character traits, read from a screen. They wanted to focus on recall with a social element, due to evidence that:

The authors did not explicitly state directional hypotheses, but they wished to find out whether depressed individuals appear more negative to others because:

The study design was a longitudinal, prospective cohort investigation. Individuals were invited to participate if they had presented to primary care services with depressive symptoms in the preceding year and were aged 18-70. Exclusion criteria were having a diagnosis of a bipolar, psychotic, substance-use or eating disorder, being pregnant or not able to complete questionnaires.

At three different appointments held every fortnight, researchers asked the 558 participants to recall personality traits that had recently been shown for 0.5 seconds each on a screen, and were positive or negative in nature. This exercise anticipated to measure individuals’ ability to remember socially rewarding (positive words) or punishing (negative words) information. The task included forty words (20 likeable, 20 dislikeable characteristics) and words were different at each assessment, which meant there would not be expected score increases over time (practice effects). A total of six words are reported as examples of those included in the task (see below picture), but we don’t know what the rest are. The authors cite a prior use of this task (which provides the same information) and the validation ratings of words: The words used were originally rated as likeable or unlikeable by 100 college students, published in 1968, and the list is over 500 words long (Anderson, 1968). It is not clear what subset was used in this study or how the words were chosen (and indeed, how variably positive or negative they were rated as, by different raters). The 1968 study warned that the ratings may not be equivalent outside a college student population. 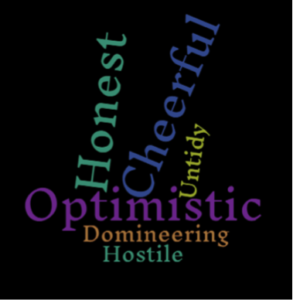 Are these words socially rewarding or punishing?

At each time point (plus a fourth measure, a fortnight later), researchers also measured the severity of depressive symptoms experienced over the previous two weeks. For this, the commonly-used ‘Beck Depression Inventory’ (BDI) was used; a self-rated questionnaire containing 21 items.

In order to address the study aims, the authors assessed:

What the authors hadn’t hypothesised, was that there would be no relationship between the number of negative words remembered and depression severity.

The findings did not indicate that having more severe depression made individuals likely to remember less in future assessments, but performing better in positive word recall was associated with somewhat reduced depression severity in future measurements.

These results were not affected by whether participants were taking antidepressants or not, or other measured confounders. 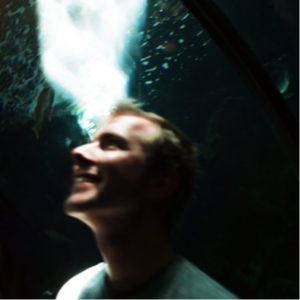 As always, there are a large number of factors that are important to consider when interpreting these results:

Despite these potential issues, the findings from this paper may have important implications. The most popular psychological therapy for depression (cognitive behavioural therapy) is based on models of reducing negative biases to promote recovery from depression. But perhaps this isn’t the optimal path to take, and actually focusing on increasing the positive, rather than ameliorating the negative cognitive biases might enhance recovery rates and resilience to depression.

There is a question over whether people who do not get depression actually do experience an overall positive bias (analogous to so-called ‘depressive realism’), which is challenging to detangle quantitatively. More work is needed to better understand what promotes resilience in depression, and how these constructs might be approached in therapy, but these findings putatively have vital repercussions for successfully treating depression and preventing relapse, if future evidence corroborates. 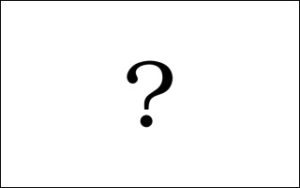 Is the CBT model of reducing negative biases the best way to treat and prevent depression?

Last reply was November 7, 2017
Try out our members features!