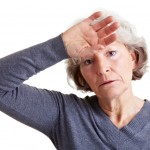 Women have twice the risk of developing major depression compared to men. This difference is most noticeable during the reproductive period years (Soares et al, 2008) (e.g. premenstrual, during pregnancy and postpartum, and perimenopause) when women are subject to large fluctuations of ovarian hormones.

Additionally, oestrogens are believed to utilise neuroprotective and antidepressive actions within the the brain (Arevalo et al, 2015), and transitioning to the postmenopausal period is associated with a large drop in oestrogen production (Burger al al., 2007).

Therefore, the authors, Georgakis et al (2016), are using ‘age at menopause’ and ‘duration of reproductive age’ as two markers of lifelong oestrogen exposure to measure the association with risk of depression in postmenopausal women. 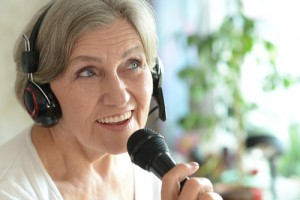 Research shows that the median age for final menstrual period is 52.5 years, and that 90% of women have their final period by the age of 56.

The authors conducted a search in MEDLINE using the following keywords: menopause, climacteric, reproductive period, depression, and mood disorders. The authors then searched reference lists of included studies to identify additional studies. There was no restriction on language, publication year or study design. Cross sectional and cohort studies were obviously going to be helpful, but randomised controlled trials were also considered for eligibility if they included depression measurements before intervention.

The odds ratios (OR) and confidence intervals (CI) were pooled across the identified studies, and the analysis was conducted separately for the two exposure variables (age of menopause and duration of reproductive period). The variables were first analysed as continuous variables in 2 year increments, and age of menopause was analysed again as a categorical variables (≥40 vs <40).

A total of 67,714 women were included across 10 cross sectional and 4 cohort studies.

Women without a diagnosis of depression were used as the control group.

Pooling the effect estimates across 13 studies which treated age at menopause as a continuous variable (e.g. 2 year increments); increased age of menopause was associated with 2% decrease in risk of postmenopausal depression (OR, 0.98; 95% CI 0.96 to 0.99 heterogeneity I2=7.6%; P=.37). Sensitivity analyses for hormone therapy, premenopausal depression, or defining age at menopause as 1 year following last menstruation did alter the association.

Pooling the effect estimates across 5 studies that includes reproductive period as a continuous variable (e.g. 2 year incriminates); found similar associations to age at menopause: a 2% decrease in risk of postmenopausal depression for an increase in reproductive period of 2 years (OR, 0.98; 95% CI 0.94 to 1.01; heterogeneity I2=0.0%; P=.41). 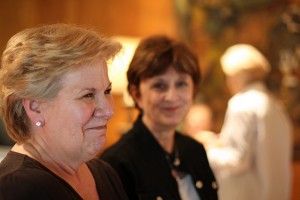 This evidence suggests that women who have the menopause later in life, are less likely to experience depression in their postmenopausal years.

This meta-analysis displayed an inverse relationship between the age of menopause and subsequent risk of postmenopausal depression, which prevailed after controlling for hormone therapy and premenopausal depression. Additionally, a similar effect was found within an analysis of the duration of reproductive period. These findings indicate that shorter exposure to endogenous oestrogen is associated with oestrogen deficiency and consequently heightened risk of depression after menopause.

If these findings are confirmed within culturally diverse studies, they can be used to identify at-risk women for postmenopausal depression whom may benefit from either psychological monitoring or oestrogen-based therapy (Georgakis et al 2016).

This systematic review featured a well-conducted meta-analysis, including a total of 67,714 women across 14 studies; and took important confounders into consideration (age, obesity, hormone therapy, smoking, and marital status). The authors conducted sensitivity analyses where necessary and there was no evidence of publication bias in the ‘age at menopause’ studies.

However, there were some limitations to consider:

Many women report a huge lack of information about the menopause, fuelled by a continuing stigma relating to this ubiquitous part of female human existence. This study provides some important pointers to risk factors and later life mental illness, which could be used to help educate women about their risk of depression as they age. However, given the limitations of this current review, we should look for further confirmation of these findings before we consider this question well and truly answered. 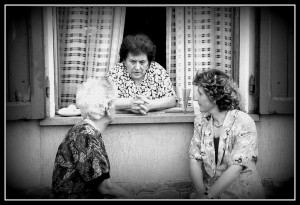 Do you talk to your female friends about the menopause?

Soares CN, Zitek B. (2008) Reproductive hormone sensitivity and risk for depression across the female life cycle: a continuum of vulnerability? J Psychiatry Neurosci. 2008;33(4):331-343.

If you’re looking for a good overview of recent evidence-based research, please read the Evidently Cochrane blogs on the Menopause.