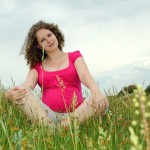 Can we encourage patients to continue taking complementary and alternative (CAM) treatments for antenatal depression or should we be firmly discouraging them from doing so?

We already know from surveys that 11% of primary care patients with anxiety and depression are taking complementary or alternative therapies, which is around the same proportion of people who take an antidepressant for depression. So pregnant woman are likely already using CAM treatments – do they help?

Antenatal depression is common: more than one in ten women will experience it during their pregnancy. It presents a complex treatment decision – untreated or inadequately treated depression has consequences for both the mother and the developing fetus, and no currently used treatment comes without its drawbacks. There are numerous herbal remedies freely available to pregnant women

Antidepressants have proven efficacy in depression but knowledge about their safety comes only from observational studies which cannot rule out long terms risks of fetal exposure. Psychological therapies are also effective, but can take twelve weeks or more to work, may not be appropriate in severe depression and patients may not have universal access to these treatments.

Complementary and alternative therapies have therefore drawn considerable interest by researchers interested in avoiding these drawbacks as well as amongst patients who subscribe to the mantra ‘natural is better’.

There are a plethora of treatments that are considered complementary or alternative: They found 18 trials examining these treatments of which they deemed only 6 to be high enough quality to report.  The 12 studies were excluded for a variety of reasons – including lack of randomisation, lack of blinding of the assessor to group allocation, lack of a control group and because the women examined were either healthy women or experiencing postpartum, rather than antenatal depression.

The authors reported that the methodological quality of the studies included was still not strong – the sample sizes were below 100, except for two of the trials and for most of the interventions only one suitable study was included.

Studies reported either a mean difference (MD) between groups in the case of continuous variable, or a risk ration (RR) in the case of a categorical variable.

The evidence is inconclusive to allow us to make any recommendations for the treatment of antenatal depression.

This is because the trials:

were too small with non-generalisable samples.

They note that there is: Of course, a lack of substantial evidence does not mean that these treatments don’t work, but if they are to be properly evaluated then the authors recommend that future research in this area will have to use:

I’ll take up two points that have been raised in a previous Mental Elf post on CAM treatments by Caroline Tomes.

Firstly, not all treatments outside of pharmacotherapy and psychotherapy should be lumped together. One group contains therapies emerging from improved understanding of the relationship between physical and mental health – including the role of circadian rhythms, and the interaction with the endocrine and inflammatory systems. Another group contains treatments that are underpinned by far more speculative and unproven theoretical systems and a disservice is done to the former group by conflation with the latter. The side effects of mainstream drug treatments are fairly well understood, but unregulated CAM therapies are more of a minefield for patients

Don’t forget the potential harms of unregulated and untested therapies

Secondly, while it is clear from this review that there is no firm evidence for complementary treatments to displace conventional treatments for antenatal depression (and many other illnesses) they are generally used by doctors and patients as an adjunct, rather than a replacement. In this context, the important question is do the benefits outweigh the risks? To answer this we need not only to evaluate their efficacy, but also their side effects. Presumably, there is no downside to maternal massage but can we be as sure of the various chemicals proffered as nutraceuticals?

Further research will allow us to determine if any of the vast group of CAM therapies offer effective treatments for antenatal depression without the limitations of currently proven treatments.