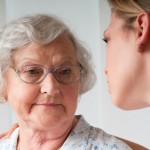 Depression is at least three times as common in patients with cancer compared to the rest of the population. Studies show that major depression occurs in 16% of cancer patients, with combined minor depression and dysthymia reported in 22% of people with cancer. Depression also appears to be more prevalent amongst people with certain cancers (pancreatic, gastric, oropharyngeal and lung).

Managing and treating different types of depression in this population is often complex, but recent research has demonstrated that psychosocial and drug treatments are safe and effective in this group.

This new review from researchers at the University of Toronto summarises the psychosocial and pharmacologic treatment of depression in patients with cancer based on a consideration of evidence regarding etiologic factors and treatment outcomes. The authors refer to a number of systematic reviews, meta-analyses and original studies in their summary.

They highlight the diagnostic ambiguity that exists for people with cancer and suspected depression. Many of the symptoms of depression overlap with the symptoms of cancer (tiredness, insomnia, cognitive impairment, eating disorders) and this can make it difficult to detect depression using standard tests.

The review highlights a number of issues relating to treatment of depression in cancer patients, but the authors conclude by saying:

Both psychosocial and pharmacologic interventions have been shown to be efficacious in treating depression in cancer, but further research is needed to establish their relative and combined benefit.

Future research directions include the development and evaluation of novel interventions targeted to specific biologic and psychosocial risk factors.

The review also mentions new and emerging treatments that show promise in this population, including: