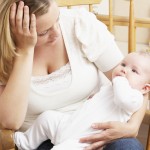 The objective of this cost-utility analysis was to assess the cost-effectiveness of providing group cognitive-behavioural therapy (CBT), compared with routine primary care, for women with postnatal depression in the UK.

The data were synthesised using a mathematical model constructed by the authors. The data were identified by a systematic literature review, with expert opinion for some items. The time horizon was one year and the authors reported that the UK NHS and personal social services perspective was adopted.

A systematic review was performed for the clinical effectiveness of group CBT and the details were published in a UK Health Technology Assessment report. Only one randomised controlled trial (RCT) was identified, which involved 45 patients who were provided CBT in weekly two-hour psycho-educational group sessions, with four to six women per class, for eight weeks, and followed-up patients for six months. An expert panel, including psychologists, primary medical care staff, and consultants, provided estimates on the duration of effectiveness over one year, for group CBT, and assumed that the improvement in EPDS score with CBT at six months, compared with routine care, declined linearly to zero by one year. The main outcome measure was the reduction in EPDS score.

The measure of benefit was quality-adjusted life-years (QALYs).

The results showed that:

The authors concluded that group CBT did not appear to be cost-effective, but research was needed to reduce the uncertainty in the costs and effectiveness.

Last reply was August 17, 2011
Try out our members features!