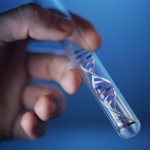 There has been a lot of discussion over recent years about the ways in which genetic testing may help make the treatment of depression become more targeted and effective. The theory is that genetic markers may help predict how different people are likely to respond to different drugs. This is clearly something that would interest patients and clinicians, as currently less than 50% of people with depression see their symptoms improving when they take their first antidepressant.

The study was carried out by a consortium of people from academia and industry. Many drug companies were involved in the research and the sources of funding and competing interests are clearly set out in the full-text of the article.

The authors used a cohort of people with clinical depression (the NEWMEDS cohort), who were prospectively measured as they were treated with 2 types of common antidepressants:

The size of the cohort (1,790 individuals) provided adequate power to test the hypotheses that the response to antidepressants could be predicted by genetic variation.

Depression outcomes were measured as a difference in at least 3 points in the reduction of symptoms severity on the Hamilton Rating Scale for Depression.

Furthermore, the researchers pooled the NEWMEDS data with another large sample (the STAR*D cohort where all patients were given SRIs) and conducted a meta-analysis to see if this could help predict antidepressant response.

The large samples we used makes this a definitive study in the field. We found that no single genetic variant, or combination of genetic variants, could predict response to antidepressant treatment. This study stands out against the background of numerous claims from commercial companies that genetic tests could help doctors decide which antidepressant to choose based on the results.