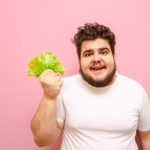 Many of us are familiar with iconic proverbs like “an apple a day keeps the doctor away”, and were raised being aware of the existence of an association between a healthy diet and the consumption of fruits and vegetables.

However, while this relationship has been suggested by a consistent amount of evidence (Slavin and Lloyd, 2012), research has showed that it is also worth examining whether an apple a day keeps the therapist away. In fact, several studies showed the existence of a positive link between eating fruits and vegetables and mental well-being (Blanchflower et al., 2013; Mujcic and Oswald, 2016), and not just physical health.

Though this is indeed encouraging, most research in this field is cross-sectional and therefore could not investigate whether the consumption of fruit and vegetables leads to better mental well-being or vice versa (Brookie et al., 2018). Moreover, the details of this relationship, such as the quantity or the frequency of fruit and vegetables consumed, are yet to be examined in depth.

Therefore, Ocean et al. (2019) used a longitudinal design to see whether a new version of the proverb can be true, that is more apples and veggies a day keep the healthcare professionals (including the mental health professionals) away. 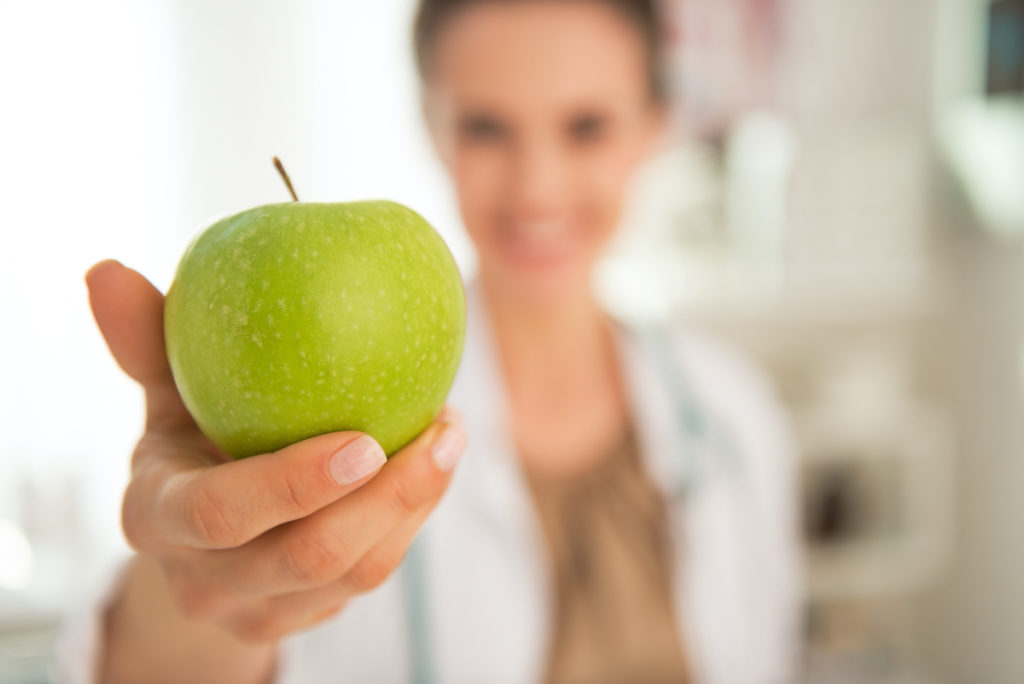 This study seeks to understand whether eating more fruit and vegetables can “keep the healthcare professionals (including therapists) away”.

The authors took advantage of the breadth of information in the UK Household Longitudinal Study; a general population cohort study of approximately 50,000 individuals living in the UK who were followed up from 2009 to 2017.

The participants were either home interviewed or sent online surveys annually, so the authors were able to measure both quantity (i.e. how many portions in total) and frequency (i.e. how often in a usual week) and to analyse them separately.

The main outcome was the score of the General Health Questionnaire-12 (GHQ-12) measure, which was used as general measure of well-being, including feelings of happiness, depression, purpose, self-worth, worry and strain. A second measure of self-reported life satisfaction was added in order to check for the robustness of the findings.

Finally, a number of confounding variables were chosen according to the existing literature, including standard socio-demographic variables; long-standing health conditions, and health and lifestyle related behaviours; type of bread and milk consumed.

In order to evaluate the relationship between the quantity of fruit and vegetable portions consumed (when at least one portion per day is consumed) and mental well-being, the authors used regression analysis. As an additional analysis, they then looked at the frequency of consumption of fruit and vegetables separately using a reduced-form model.

When considering the main socio-demographic characteristics, the findings are all significant (p < 0.001): individuals with a higher income consumed more fruit and vegetable than those with a lower income (though the differences across income groups are not very substantive); the quantity consumed tends to fall at retirement age, but the frequency continues to rise; and females consumed more portions and more often compared to males.

As for the regression analysis, a dose-response effect was found; when more portions of fruit and vegetable are consumed and more frequently, the better the mental well-being. This effect was present even after controlling for socio-demographic variables. Specifically, the authors stated that just one more portion per day can lead to the same increase in mental health as “7.6 additional days of walking continuously for at least 10 minutes per 4 weeks”. Interestingly, this effect is, to some extent, larger for vegetables than for fruit, with a correlation of 0.41. Similar results were found when the authors repeated the analyses substituting self-reported life satisfaction to mental well-being. 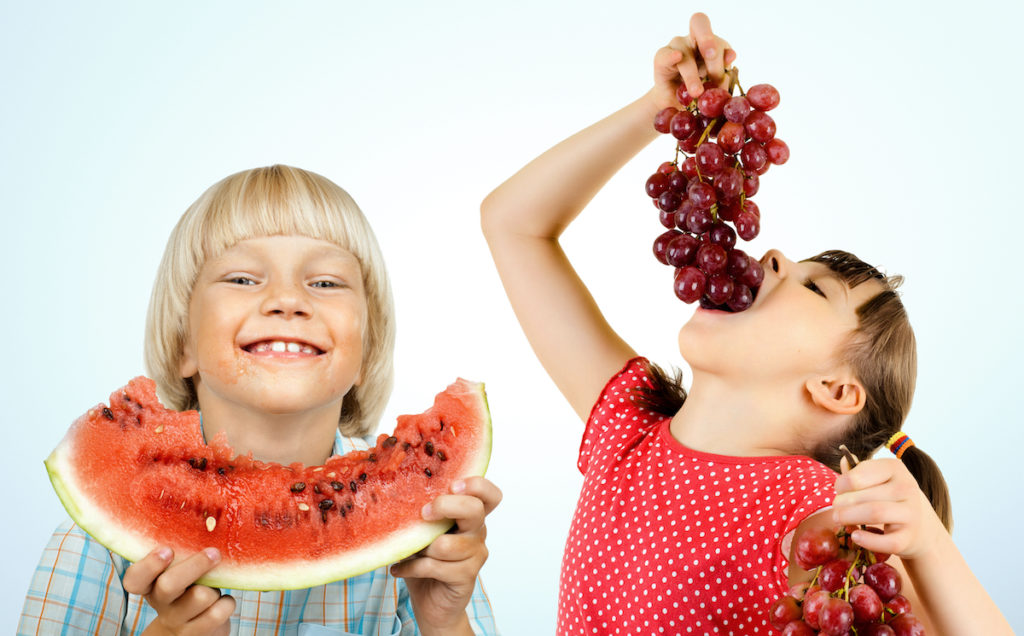 This study shows that eating more fruit and vegetables, and more often, is linked with increased mental well-being.

Taken all together, the findings show that an increase (even a small one!) in the amount of fruit and vegetables, as well as in the frequency that these are consumed, is linked with better mental health.

The authors conducted a very well-done and impactful study that does contribute to the existing literature about the benefits of eating fruit and vegetables. They did this by taking advantage of a large dataset that had never been used to look at their effect on mental health. Moreover, as we know, a good research question should seek out novel information, which in this case was represented by a joint focus on the quantity as well as the frequency of fruit and vegetable consumption. Finally, the use of longitudinal data (in opposition to cross-sectional data) as well as the use of fixed-effects analysis, allowed the authors to draw strong conclusions from their findings, with the presence of a dose-response effect as one of the most interesting findings.

However, the authors are aware of some of the limitations of using a pre-existing dataset. For example, they were not able to change the measurements administered on the recruited participants, hence running the risk of encountering self-report-related biases such as response and desirability biases. Though questionable, they also mentioned the possibility for reverse causation where mental well-being could lead to an increased consumption of fruit and vegetables. While this might indeed be the case, I personally think that the more likely hypothesis is a cycle whereby consuming fruit and vegetables leads to better mental well-being, which in turn leads to a greater consumption of fruit and vegetables. Finally, it is fairly likely that the present study presents with attrition bias, however methods to deal with missing data were not mentioned. 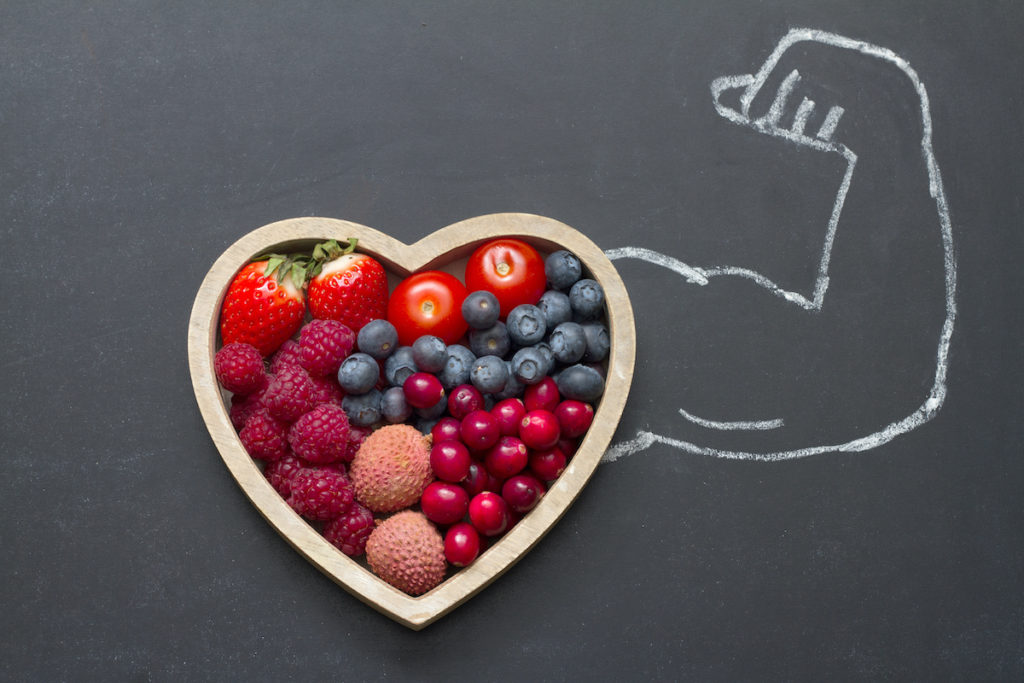 Just one more portion of fruit or vegetables per day is linked to better mental health.

Considering how important it is to eat in a healthy way for our overall physical and mental functioning, it is not surprising that this study by Ocean et al (2019) provides us with important implications, particularly for public health. In fact, by suggesting that a small increase in fruit and vegetable consumption may have a significant impact on our mental health, the authors seem to communicate directly to healthcare practitioners with a renewed emphasis on the benefits of healthy nutrition.

This study also opens the door for new research in this field, as many questions need to be addressed, e.g.

Moreover, the authors recommend that new studies try to deal with the methodological limitations mentioned above, and suggest that randomised controlled trials and/or quasi-experimental methods should support the information provided by longitudinal data.

Finally, they conclude with a final “strategy”, that is simply raising awareness on the benefits that eating fruit and vegetables can have on mental health, and not only on physical health. However, what I personally find very interesting is what they say next, namely these benefits would accrue relatively rapidly for mental well-being, while it would take more time for physical health. Taken together, I believe that this information could concretely contribute to a better nutrition and, consequentially, a happier life. 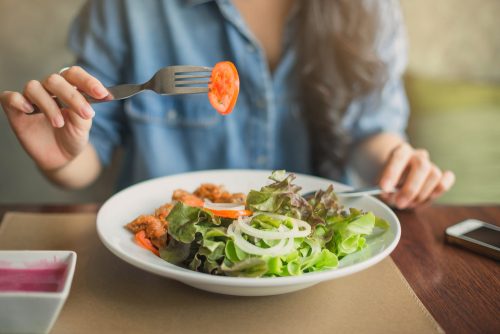 Mental health practitioners should remind their patients about the benefits of eating more fruit and vegetables.