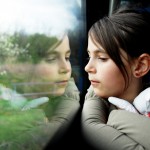 Young people presenting with psychopathology may receive a wide range of treatments, such as family or cognitive behavioural therapy, skills training or behavioural contracting. Clearly it is important to know which of these interventions are best supported by evidence that they are effective in treating the presenting problem.

Since some treatments have a significant evidence base (through randomised controlled trials etc), this has resulted in pressure to only use those interventions which have evidential support, in preference to the usual treatments in everyday clinical care. However, trials of these interventions most commonly compare the active intervention with either waiting list or no treatment.

It is clinically more useful to know whether the interventions are superior to usual care, since usual care is actually intended to help with the patient’s presenting problems.  In this meta-analysis, Weisz et al set out to determine whether evidence-based psychotherapies for psychopathology in children and adolescents were more effective than usual care. The authors tried to find unpublished studies by including dissertation abstracts in their search.

The authors conducted a search of the PubMed, PsychINFO and Dissertation Abstracts International databases for publications between 1960 and 2010 that used 21 psychotherapy-related key terms. They subsequently cross-checked this search with review articles, reference lists in published studies and through asking for suggestions from prominent investigators in the field.

One problem with meta-analyses is that they can be biased by the failure of some studies to be published. Here the authors tried to deal with this bias by the inclusion of dissertations in their search, since dissertations tend to be available regardless of the findings, yet are still methodologically strong.

52 studies were identified that compared evidence-based psychotherapies with usual care, from a set of 507 youth psychotherapy trials. Usual care was defined as psychotherapy, counselling, or other non-medication interventions. To be included the study had to document participant psychopathology before and after treatment, have random allocation to treatment group, and have a mean age between 3 and 18 years.

Most studies reported on multiple outcome measures and/or multiple timepoints. This is problematic for traditional meta-analysis, because it means the effect sizes being compared are not independent. Rather than reducing the data by averaging within studies, or selecting a single effect size from each study, the authors chose to take a multilevel approach. This statistical technique uses an intermediate level to account for within-study dependence between effect sizes.

The initial analysis (without testing the effect of moderator variables) indicated a mean effect size (Cohen’s d) of 0.29 (95%CI, 0.19-0.38), which suggests a small but significant advantage for the psychotherapies over usual care. There was no evidence that this advantage lessened over time after treatment.

Of the 16 moderator variables that were investigated, only three had a significant impact on the effect size advantage for psychotherapy. These were study location (studies from outside North America had smaller effects), whether or not a diagnosis was given to participants (studies which only included patients with a DSM diagnosis had smaller effects), and informant (largest effect sizes were seen for youth and parent report).

Strengths and limitations of this research The authors conducted a thorough search of the literature, and made a particular effort to obtain studies not available in standard published format. The statistical approach allowed for a more comprehensive assessment of the effect size associated with psychotherapeutic interventions that might otherwise have been the case.

However, it remains unclear what outcome has actually been improved by these psychotherapies, largely because of the variety of psychopathology and outcomes that were studied. Also, because ‘usual care’ was not well defined in the trials included in the meta-analysis it is hard to know whether some active treatments were also included as usual care in different studies. Finally, because trials that included medication were excluded, no conclusions can be drawn about how medication might enhance or detract from the impact of psychotherapy.