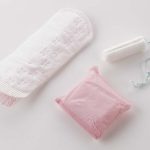 A large body of evidence indicates that girls are twice as likely as boys to experience depression during adolescence; a finding that is robust across clinical and epidemiological samples of young people, and across different types of assessment (Thapar et al., 2011).

Researchers have looked to the role of pubertal processes in an effort to explain this sex difference (Hamilton et al., 2014). Associations between early menarche (the onset of first menstrual bleeding) and elevated rates of depressive symptoms and clinical depression in girls have been widely reported in the literature (e.g. Joinson et al., 2013; Opoliner et al., 2014). However, it is unclear whether this effect persists into late adolescence and adulthood, and whether this relationship is causal.

Consequently, new research recently published in the British Journal of Psychiatry, led by Maija-Eliina Sequeira (2016), has used Mendelian randomisation analysis to examine the possible causal association between early onset of menarche and depressive symptoms and diagnosed depression in girls during adolescence, and whether this association is still apparent in late adolescence. 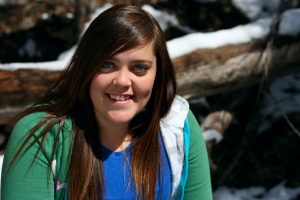 The menarche is when young women first experience menstrual bleeding.

Randomised controlled trials (RCTs), in which participants are randomly allocated to receive or take part in different treatment groups, are a rigorous method for examining possible cause and effect relationships between variables (Sibbald & Roland, 1998). However, an RCT would not be appropriate for use in the present study because participants cannot be randomly allocated to different conditions related to timing of menarche, as this is not something that can be experimentally manipulated. To address this issue, the authors used Mendelian randomisation analysis as a proxy for an RCT design to explore the potential cause and effect relationship between early menarche and depression in adolescents. Mendelian randomisation analysis uses a natural source of randomisation, i.e. the naturally occurring genetic variation in timing of menarche, which simulates the randomisation of participants in a RCT.

The authors drew on data from the Avon Longitudinal Study of Parents and Children (Golding et al, 2001; Fraser et al, 2013) for their analyses. Pregnant women living in the Avon area of England were recruited to take part in ALSPAC when their expected delivery date was between the 1st April 1991 and the 31st December 1992. The ALSPAC dataset includes data on age at menarche for 3,579 adolescent girls, and genetic data for 3,006 adolescent girls (all of White ethnicity), which formed the starting sample for the present study.

Mendelian randomisation is a technique for assessing causal associations in observational data.

The authors derived data on age at menarche from the following sources:

The authors derived data on the adolescents’ levels of depression from the following sources:

The authors controlled for a range of covariates, again drawing on the ALSPAC dataset, related to child characteristics, parent characteristics, and family socioeconomic status (SES) that could, according to the literature, potentially confound or interfere with the relationship between timing of menarche and depression. These included: 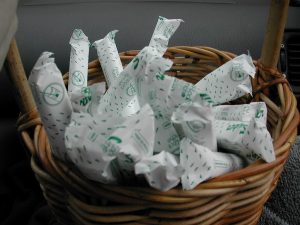 It has been estimated that during most of the twentieth century, age at menarche has been falling by about 3 months per decade.

After adjusting for potential confounding variables, the authors found that:

The Mendelian randomisation analyses indicated that there was strong evidence for a causal relationship between earlier menarche and higher levels of depressive symptoms at 14 years:

There will be an additional 6 girls per 1,000 with depressive symptoms, for each month of earlier menarche (p. 5)

However, this relationship was not apparent at age 17 and 19 years for depressive symptoms, nor at 18 years for diagnosed depression. 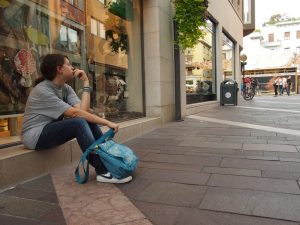 Early menarche can be associated with elevated depressive symptoms in mid-adolescence.

The strengths of this study include the use of the longitudinal, population-based ALSPAC dataset, which provided the authors with genetic data, timing of menarche data, and data from repeated measures of adolescent depressive symptoms. The use of Mendelian randomisation analysis also allowed the authors to explore the possible causal relationship between early menarche and elevated rates of depressive symptoms, when it was not feasible to use an RCT design to do so.

The limitations of this study include: 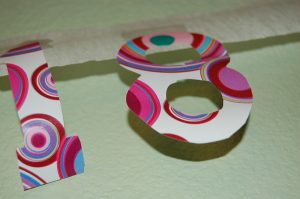 Age at menarche was not significantly associated with diagnosed depression at 18 years.

Overall, the authors have provided strong evidence for the possible causal relationship between early menarche and elevated rates of depressive symptoms in girls at age 14. The authors suggest that a possible explanation for this finding could lie in the “inconsistency between levels of biological and cognitive maturation” that girls with early menarche may experience, “as well as feelings of being ‘different’ to one’s peers” (p. 7). Moreover, as the authors acknowledge, the fact that adolescence is a time when young people are exposed to a range of new stressors and experience increases in hormone levels could also contribute to this.

Yet, the authors also found a ‘protective effect’ of late menarche on girls’ levels of depressive symptoms at 14 and 17 years, in that these girls had lower odds of having depressive symptoms compared to girls with normative onset menarche. This seems at odds with the ‘feelings of being different to one’s peers’ explanation given above, as conceivably this would also affect girls with later onset menarche.

In terms of the clinical implications of the findings of the present study, the authors highlight the importance for healthcare practitioners of being aware that early menarche can be associated with elevated depressive symptoms in mid-adolescence. It also seems important for parents and teachers to be aware of this relationship. Potentially should an adolescent present with feelings of depression, earlier onset of menarche could be explored as a possible factor contributing to this. This then points to the importance, as the authors also emphasise, of exploring the mechanisms behind this relationship, as it is perhaps difficult to see otherwise how one could intervene to mitigate this factor. 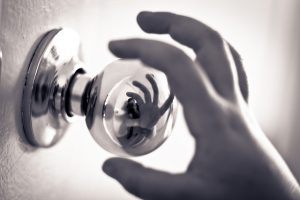 This research opens the door to many more Mendelian randomisation studies in this area.