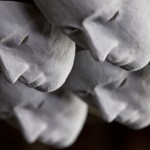 Bipolar disorder is a complex health condition and the diagnosis of bipolar depression is a fairly contentious topic. This is because depression occurs in bipolar disorder alongside a wide range of symptoms of mood elevation. Some patients have depressive episodes as well as severely elevated mood during the course of their illness, whereas other patients may have the depressive episode but little or no sign of mania.

In the US, there are guidelines (Nivoli et al) that clearly state that treating patients with bipolar depression with an antidepressant may inadvertently bring on a manic episode. However, we remain poorly served by just a very few good quality studies on the treatment of bipolar depression.

Many European psychiatrists continue to prescribe antidepressants for bipolar depression and may be unaware of the emerging evidence for alternatives to antidepressants such as lamotrigine (anti-seizure drug) and quetiapine (antipsychotic drug).

This new cohort study conducted by researchers in Taiwan uses data from a nationwide database to examine the association between antidepressant use in episodes of major depression and emergent bipolar disorder.

The study looked at thousands of patients over a 7 year period and found that people with treatment resistant depression (i.e. those who required two or more changes of antidepressant) had a substantially increased probability of later being diagnosed with bipolar disorder.

Over 7 years, 25% of these ‘hard to treat’ patients received a bipolar disorder diagnosis, compared with rates below 10% in the ‘easy to treat’ patient group who were treated with a single antidepressant.

This observational study does not tell us what is causing the later manic episodes that patients are experiencing following their depression, so it is not possible to say that antidepressant drugs are causing the mania.

However, there is an important take home message for clinicians here: that when patients, particularly young patients, have a pattern of illness that is suggestive of bipolar disorder (marked retardation etc.) and they fail to respond to a first-line antidepressant, the possibility that they are likely to have the bipolar illness course increases and should be included in their prospective management.

This is the first large-scale study to report an association between antidepressant response history and subsequent change in diagnosis from major depressive disorder to bipolar disorder. Our findings support the view that a history of poor response to antidepressants in unipolar depression could be a useful predictor for bipolar diathesis.

Last reply was January 12, 2012
Try out our members features!