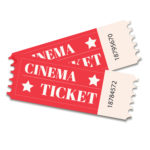 In the UK one in four adults aged 65 years old and over experience depression, while the prevalence of depressive symptoms tends to increase as they grow older. Many factors can lead to this including adverse life events, bereavement, loneliness, poor physical health and socio-economic reasons. This age group usually don’t receive a diagnosis or treatment for depressive symptoms and are more likely to be at higher risk of other mental and physical health conditions as a result.

As the understanding around risk factors of depression and anxiety for the elderly is broader nowadays, research has been focusing on filling the gaps and identifying protective factors against depression; among them social interaction, support networks, physical activity and cognitive stimulation. Underpinning this, cultural engagement has great effects on mental health and well-being. Recent studies have suggested that both active and receptive cultural engagement, such as singing, dancing, but also museum attendance, can lead to better results on recovery from depression (Fancourt and Perkins, 2018; Murrock and Graor, 2016; Solway et al., 2015). However, what’s the evidence on cultural engagement as a protective factor?

Fancourt et al. (2019) while recognising all these theories on the benefits of cultural engagement and how it can become an asset for our future well-being, also acknowledge that so far the evidence is limited, especially when it comes to studies using validated depression scales. By hypothesising that older adults who engage with cultural activities will appear to be at a lower risk of depression in the following decade, the authors’ aim is to determine if cultural engagement plays a protective role against depression. 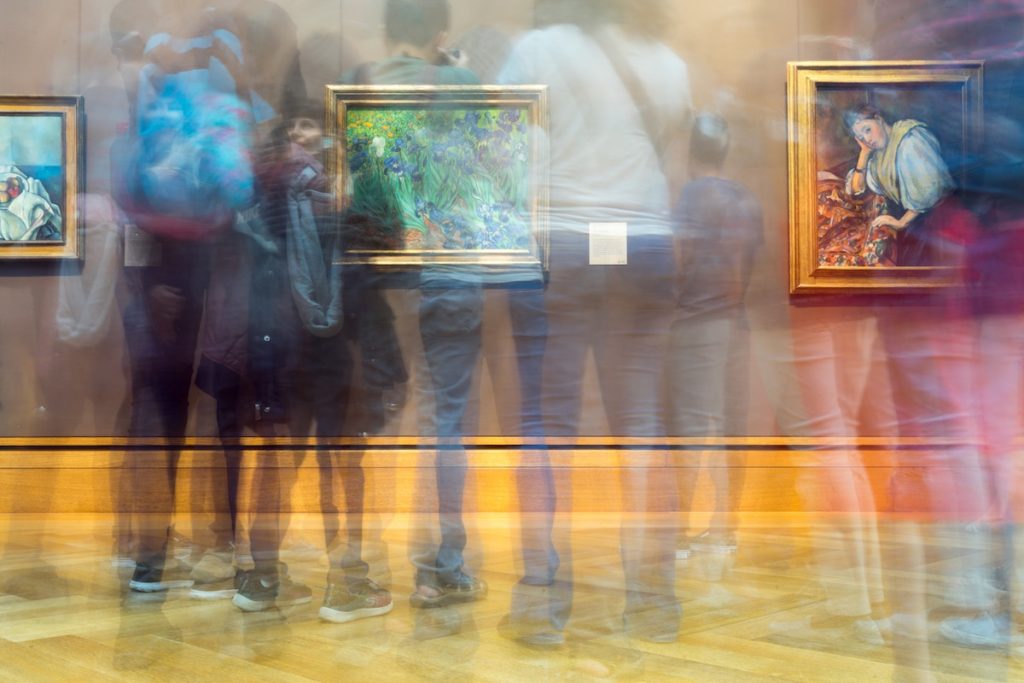 Research suggests long-term mental health benefits not only through active participation in the arts, but also through receptive engagement; just by visiting cultural spaces like museums and galleries.

The study was based on a large cohort known as the English Longitudinal Study of Ageing (ELSA) which was established in 2002 and represents people aged 50 years old or above and living in the UK. Ten years data from wave two to wave seven were used to explore the research questions.

Different measures were used to assess cultural engagement and incidence depression. The former was measured at wave two through a 3-item self-report questionnaire, which asked how frequently the participants were visiting areas of interest including:

Responses varied from never to twice a month or more and were coded into an overall frequency of receptive cultural engagement.

Conversely, depression was measured at every wave across the years through:

Many covariates were taken into consideration including:

Incidence rates of depression were calculated per 100 person-years and logistic regression models were conducted to determine odds ratio and 95% confidence intervals. The initial model was adjusted by covariates mentioned above. In all analyses, the authors excluded participants who were blind or had major difficulties with mobility, had above-threshold depressive symptoms at baseline, visited a GP or had counselling for depression 2 years before entering the cohort, had taken antidepressants or had an ongoing or recent (past 2 years) diagnosis of any other psychiatric condition.

Five sets of sensitivity analyses were also conducted to test the assumptions of all analyses including: (a) weighting all data and ensuring the sample was representative, (b) testing if the results were influenced by the existence of subclinical symptoms of depression at baseline through following excluding participants, (c) a subgroup analysis excluding participants who developed depressive symptoms at wave two, (d) an analysis without excluding depressive participants at baseline and (e) using a threshold of ≥3 on the CES-D scale for depression. Finally the authors also controlled for personality traits using the Midlife Development Inventory personality scale.

2,148 individuals were identified and the mean age was 62.9 years old. Overall, a surprising 74.8% of participants said that they visited a cultural space at least once every year.

A dose-response relationship between the frequency of cultural depression and the reduced likelihood of incidence depression was identified, irrespectively of covariates. After adjusting for confounders, the authors concluded that people who engaged with cultural activities every few months were at a 32% lower risk of developing depression, while people who attended even more frequently (e.g. once a month or more), were at a 48% lower risk of depression. A trend was also identified for less frequent visits to museums and art galleries (once or twice per year), although when adjusted for health and social factors there was no statistically significant association.

The sensitivity analyses suggested that the results were not attenuated or affected by the different scenarios considered of including and excluding certain groups of participants, nor by personality traits; the relationship between cultural engagement and lower risk of developing depression was untouched. 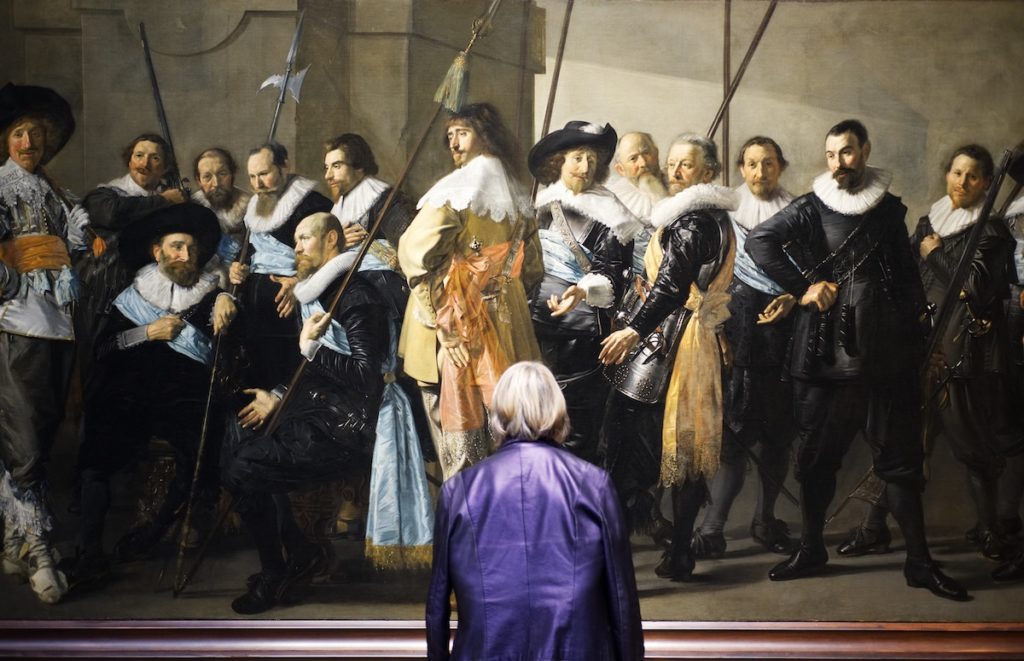 People engaging with cultural activities once a month or more were nearly 50% less likely to develop depression when older.

This study has some major strengths including:

However, studies cannot be perfect. A few points have been mentioned by the authors including:

This study has plenty of research implications, opening the door to new innovative questions that have no supporting evidence behind them so far. Future studies should focus on younger ages, and how cultural engagement from a young age can influence the onset of mental health illnesses later in life. As a massive fan of qualitative research, I would like to highlight that in-depth interviews across all age-groups of the general population would be a good addition to the evidence-base in order to understand the immediate feelings and reactions that people have immediately after their engagement with a cultural activity. Additionally, there are implications for policy-makers, with robust evidence informing new initiatives on the benefits of being “artsy” and engaging with the cultural assets in the community and how we can use it to our advantage.

Personally, the study also equips me with new hopeful arguments to convince more people to become art enthusiasts themselves – “Think of the reduced risk for depression in your 70s!”. No man is an island – the effects of cultural engagement monthly (or more – I tend to always support weekly engagement) within the community will keep your mind busy, empower you to initiate thought-provoking discussions with people around you and enable you to admire unique performances and artwork.

PS – Did I mentioned the incredible feeling of pleasure you get during cultural engagement may actually have positive effects in the future, by protecting you from low mood and anhedonia? 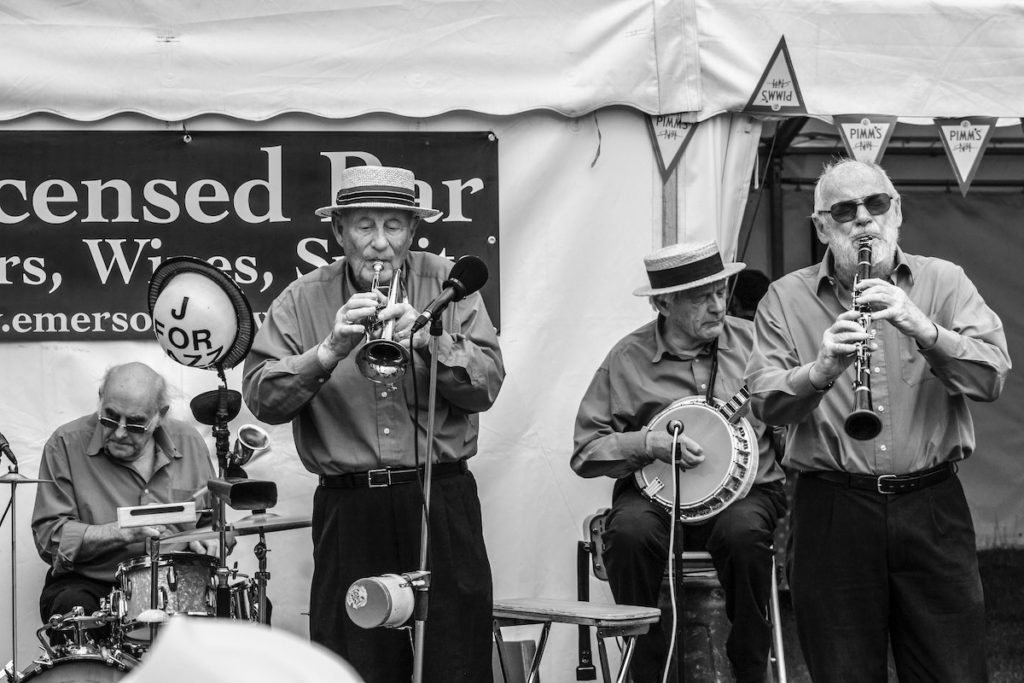 Based on these findings, people should start culturally engaging more; it’s a risk-reducing factor against one of the most scary epidemics of modern society: depression.

Dafni Katsampa is involved as an Early Career Researcher in the MARCH network, which is led by Daisy Fancourt, the lead author on this study, but had no involvement in the research project that is the focus of this blog.

Last reply was August 9, 2019
Try out our members features!