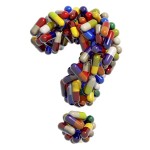 There are a number of cross-sectional studies that investigate antidepressant use in teenagers and young adults.  These are interesting, but because they don’t tend to follow-up study participants prospectively over a long period of time, there is only so much we can learn from them.

However, now researchers in Finland have published a study that takes data from the Finnish Nationwide 1981 Birth Cohort, which allows them to study prospective associations with childhood psychiatric problems.  The study looks at the links between mental health problems experienced in childhood and the lifetime prevalence and costs of antidepressants by the age of 24 years.

The birth cohort contains 5,547 people and all of these individuals had the following information gathered at 8 years old:

The cohort was linked to the National Prescription Register which provided the main outcome measure: lifetime information about purchases of antidepressants between the ages of 8 and 24 years. The researchers found that: