Home » Posts » Mental health » depression » CBT versus counselling for depression: it ain’t what you do, it’s the way that you do it 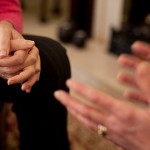 This blog is going to focus on a recent study that compares the efficacy of two talking therapies: generic counselling and cognitive behavioural therapy (CBT) in treating depression (Pybis et al, 2017).

There has been a growing belief that people either benefit from therapy or they don’t, irrespective of the type of therapy. This is a topic we elves have looked at before and no doubt will do again and again. This issue was raised on a recent BBC All in the Mind podcast in relation to therapy and personality change; therapy is reported to produce personality changes which seem to (a) be a result of therapy and (b) be independent of therapy type. This is generally referred to as the Dodo Bird verdict.

The Dodo bird verdict (or Dodo bird conjecture) is a controversial topic in psychotherapy, referring to the claim that all psychotherapies, regardless of their specific components, produce equivalent outcomes.

A recent publication by a team from The British Association for Counselling and Psychotherapy (BACP-the UKs leading professional body representing principal counsellors) and the University of Sheffield, has once again looked at efficacy of Cognitive Behavioural Therapy and Counselling in the UK, sourcing data from the UKs Improving Access to Psychological Therapies (IAPT) (Pybis et al, 2017).

You may prefer Bananarama, but here’s the Queen of Jazz, Lady Ella to accompany your reading of the blog.

Let me get my potential “competing interests” statement out of the way before I go on to discuss this paper. I have worked for a number of IAPT services for a number of years and currently work for an IAPT service in the East Midlands. I am an Accredited Counsellor and a Member of the BACP and an Accredited Interpersonal Therapist. I am also CBT trained and use an Integrative Approach as a practicing therapist.

Pybis and colleagues used data from the second round of the UK National Audit of Psychological Therapies (NAPT, 2013). This gave them access to results from over 33,000 patients’ data from over 100 IAPT services. They focused on comparing the efficacy of counselling and CBT efficacy in people with depression by analysing levels of pre/post therapy effect size and reliable improvement and reliable and clinically significant improvement. So in the first part of the study they are reporting on the impact of therapy (CBT or counselling) on over 33,000 people with generalised anxiety and/or depression using the standard IAPT outcome measure for depression: the PHQ-9 scores.

For those less familiar with the way IAPT defines “recovery” etc., let me explain in the following table:

The authors used SPSS v.22 and MLwiN to analyse this massive pool of data (pre v post therapy GAD-7 and PHQ-9) and number of sessions attended. Multilevel modelling was used to model predictors of change. 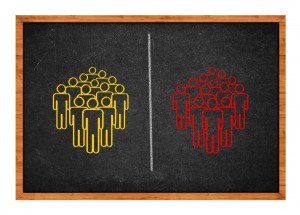 This audit found that outcomes for counselling and CBT in the treatment of depression were comparable.

At the end of this massive study the authors closed with:

They also concluded that (future):

Research efforts should focus on factors other than therapy type that may influence outcomes, namely the inherent variability between services.

This is clearly a robust evaluation of the efficacy of CBT (clearly defined by the authors in this study) and generic counselling (ill-defined in this study) in the treatment of depression in patients referred to IAPT services in England and Wales. Certainly the evidence suggests the two main models of talking therapy are on a par. This doesn’t come as a surprise to me as there has been for some time a growing belief that the quality of “therapeutic relationship” is the biggest determinant of the efficacy of talking therapies. This current study also, rightly in my view, raises the thorny subject of therapist competence. This is perhaps the greatest contribution that this study can make to further our insight into the predictors of efficacy. Is it possible that CBT has the potential to be more effective than counselling, but that this is negated by the nature of those employed by IAPT services? After all, CBT practitioners tend to be younger and have less “life experience” when compared to counsellors. It would have been fascinating to know if this was indeed the case for this current study, but I know this data is not gathered as part of the so-called IAPT minimum data set.

Another key limitation of this and any other study reporting on generic counselling lies in the heterogeneity of this therapy type. As the authors rightly point out, generic counselling could range from completely non-directive person centred therapy through to very directive approaches and as in the case of certain counselling, can also encompass CBT! This can only be addressed if counsellors use a manualised approach (as being trialled currently with the BACP developed Counselling for Depression).

For people with moderate or severe depression, provide a combination of antidepressant medication and a high-intensity psychological intervention (CBT or IPT).

And goes on to state:

Do these guidelines need to be rewritten based on this new evidence?

Finally, I need to ask about the impartiality of the authors’ of this study. In the paper the authors declare that they have no competing interests. But how can this be the case when two of the authors work for the UK’s leading professional body representing counsellors!? Also they state under the heading of “Funding”: not applicable. Surely this study was funded and if it was funded by, for example, the BACP, I for one think that this is very applicable.

I enjoyed blogging about this paper and declare openly that, as a non-CBT therapist (I am employed as an IPT Practitioner and Counsellor), I am pleased to see that generic counselling is as effective as (or at least not inferior to) CBT as this concurs with my professional experience. I am also very happy that the study is asking questions about the quality of the therapist as well as the modality they use to treat vulnerable people.

Lastly, I wonder if it is time to agree that counsellors are valuable in IAPT services and to consider that they too are “not inferior” to their CBT counterparts. 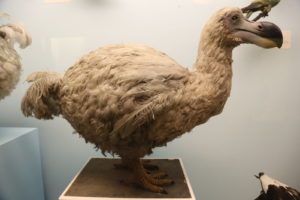 The Dodo bird – as big as a swan, but more compact.

NAPT (2013) Second Round of the National Audit of Psychological Therapies for Anxiety and Depression (NAPT) (PDF). Royal College of Psychiatrists.

Last reply was November 24, 2017
Try out our members features!