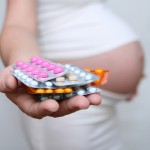 People who take psychiatric drugs are well aware of the daily trade-off between the benefits and the harms of their medication. This is a key consideration for pregnant women with depression, who don’t just have to consider the side effects that may strike them, but also the impact they may have on their unborn child.

Selective serotonin reuptake inhibitor (SSRI) antidepressants are commonly offered to pregnant women suffering from depression, so this new prospective population-based cohort study is a welcome addition to the literature, as it aims to shed some light on the safety of these drugs in terms of foetal growth and birth outcomes.

The study is part of a wider project in the Netherlands called the Generation R Study, which is following a cohort of multi-ethnic people from foetal life to young adulthood. In total, 9,778 mothers with a delivery date from April 2002 until January 2006 were enrolled in the Generation R Study.

The researchers who conducted this specific study included 7,696 pregnant women in their research and divided the patients as follows:

They used the Brief Symptom Inventory to measure depression and questionnaires and pharmacy records to keep track of antidepressant use.

Untreated maternal depression was associated with slower rates of foetal body and head growth. Pregnant mothers treated with SSRIs had fewer depressive symptoms and their foetuses had no delay in body growth but had delayed head growth and were at increased risk for preterm birth. Further research on the implications of these findings is needed.