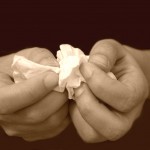 Non-directive supportive therapy (NDST) has been defined as “a psychological treatment in which therapists do not engage in any therapeutic strategies other than active listening and offering support, focusing on participants’ problems and concerns” (Arean et al., 2010).

We know from research studies that there are many types of psychological therapy that work well in treating depression in adults. These include cognitive behaviour therapy, interpersonal psychotherapy, behavioural activation therapy and problem-solving therapy.

However, the meta-analyses that have been conducted over recent years have failed to show any significant differences in the effectiveness of these different treatments, which has led some researchers to speculate that most effects of psychological treatments are caused by common, non-specific factors and not by particular techniques (Cuijpers, 1998).

In 1992 Michael Lambert published a book in which he estimated that 40% of the improvement in clients was caused by extra-therapeutic change, 30% by the therapeutic relationship, 15% by client expectations, and the remaining 15% by specific techniques (Lambert, 1992).

This new study is the first meta-analysis to compare non-directive supportive therapy (NDST) with controls and other psychotherapies in the treatment of adult depression. A main objective of the research was to estimate the contribution that different factors had on recovery.

The research team found 31 studies (involving 2,508 patents in total) to include in their analysis. They searched the www.evidencebasedpsychotherapies.org database, which is a continuously updated database of randomised controlled and comparative studies examining the effects of psychotherapy for adult depression. The quality of the included studies was varied, with 8 of the 31 studies meeting all of the quality criteria and 12 meeting 3 out of 4.

Despite it’s limitations, this study has made it clear that NDST has a considerable effect on mild to moderate depression, that most of the effects of therapy for adult depression is accounted for by non-specific factors, and that the contribution of specific techniques in these patients is limited at best and may in fact be absent for many.