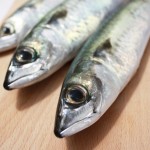 Fish oil supplements are big business. The worldwide omega-3 market has recently been valued at around $5 billion with 40% growth predicted between 2010 and 2015.

Omega-3 fatty acids are fats responsible for many important jobs in the body. We get these fats through our daily diets and the three major omega-3 fats are:

There’s good evidence that fish oil can help with heart disease and stroke when taken in the right amounts. There’s also emerging evidence that it may have a role to play in the management of a range of mental health conditions including bipolar disorder, psychosis and ADHD.

A number of studies have hinted that omega-3 fatty acids and DHA in particular may be involved in keeping nerve cells in the brain healthy into old age. However, there is limited evidence for the role of these fats in preventing cognitive decline and dementia.

Many older people take omega-3 fish oil supplements or try to eat two portions of fish each week, including one portion of oily fish. This is good general advice for a balanced diet, but will it help slow down cognitive decline or prevent dementia?

A new Cochrane review says not in the short-term and we don’t know about the longer-term.

The researchers brought together evidence from 3 randomised controlled trials (including a total of 3,536 people aged 60 and over). None of the participants had any signs of poor cognitive health or dementia at the start of the trials.

Alan Dangour, a nutritionist at the London School of Hygiene and Tropical Medicine and co-author of the review said:

From these studies, there doesn’t appear to be any benefit for cognitive health for older people of taking omega-3 supplements. However, these were relatively short-term studies, so we saw very little deterioration in cognitive function in either the intervention groups or the control groups. It may take much longer to see any effect of these supplements.

Congratulations reader, you made it to the bottom of the page!  Here’s your resultant treat: