Home » Posts » Mental health » dementia » Evidence to guide treatment of dementia in people with learning disability may be lacking, but new areas of research might help 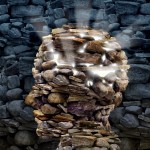 As people with learning disabilities are living longer, we would expect that the incidence of age related disorders would also rise amongst that population. This is certainly the case for dementia, defined as a “progressive loss of cognitive ability and functional decline.”

This review of the current state of knowledge by Sheehan et al., looked at a range of issues, from prevalence, assessment, treatment and future directions for research.

Population based studies using databases that have identified people with learning disabilities (and so of course may be missing some people) have suggested that the relative risk of having a diagnosis of dementia can be between 4 and 5 times higher if you have a learning disability.

The increased risk of Alzheimer’s disease, a form of dementia, in people with Down syndrome is well documented, with the disease often found to be present at a much earlier age in this group. Although as there has been a significant increase in life expectancy in people with Down syndrome there has been an argument to suggest that a related increase in the reported rate of dementia could be down to this changing population structure and better recognition and diagnosis.

One theory about ways in which people may resist showing the clinical symptoms of dementia, even though they may have age related changes in the brain, is known as the ‘brain reserve hypothesis’. This suggests that there are things that might delay the onset of symptoms, such as education, work complexity, social networks and leisure activities.

It has been suggested that for people with learning disabilities, with a pre-existing ‘cognitive compromise’ may therefore be less resilient and consequently are more likely to develop symptoms when they have age-related neuropathological damage associated with dementia. This would seem to imply though that cognitive stimulation, social networks, educational activities etc. may be all the more important for people with learning disabilities, to offset the increased risk.

The authors point out that the pre-existing impairment in cognition and function can complicate the assessment of dementia in people with learning disabilities. There are a significant number of assessment tools, but this in itself has made achieving consensus on assessment a difficult task. 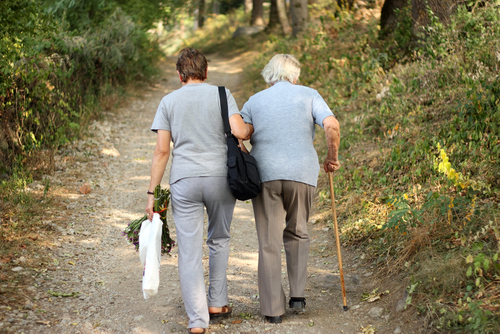 They identify one tool, developed by the National Task Group in the USA, the NTG-early detection screen for dementia which can be used as a prospective screening test during annual health checks where concerns about dementia have been raised. They suggest that it is important for establishing baselines and tracking changes, that one standardised assessment tool is used consistently.

One of the things that causes some concern in supporting people with learning disabilities and dementia is that it can often present differently in this group, sometimes presenting as a general deterioration or as emotional and behavioural changes.

However, it is also important to rule out other medical conditions which might have similar presentation, for example constipation, or mental health issues such as depression or responses to major life events such as bereavement or loss.

The authors found a lack of research in all aspects of dementia caregiving although the US National task Group have published Guidelines for structuring dementia care for people with learning disabilities with suggestions for best-practice and focus on holistic, person-centred care and strategic planning.

Where people are in supported housing, studies have found poor staff knowledge of dementia and limited management strategies in place, which suggests a need for better training and support for staff.

Pharmacological treatment is currently aimed at slowing the progress of cognitive decline with a number of medications approved by NICE in the UK, but the authors point out that there have been few trials that have looked at the benefits in people with learning disabilities and dementia and extrapolating findings from studies in the general population may miss some key issues for people with learning disabilities.

Current use of such medication is variable and described by the authors as still controversial.

One randomised controlled trial reported by the authors tested memantine against placebo, but found no difference in cognitive performance and function after one year which led the researchers to conclude that memantine is not an effective drug in people with Down syndrome and dementia.

One interesting development they report is a number of trials that have looked at using anti-dementia drugs in young people with Down syndrome without dementia, aimed at improving cognition.  So far these trials have not shown any improvement in cognitive performance and functioning.

In terms of non-pharmacological treatment, the authors mention cognitive training, cognitive stimulation, aromatherapy, music therapy, and physical exercise programmes, with only cognitive stimulation being recommended by NICE,. They point out though that there is little research published on such interventions in people with dementia and learning disabilities.

They report only one small study which compared outcomes for people in a dementia specific residential service, compared with those of two control groups from a day centre and a nursing home. This study  showed some improvements in cognition and stabilisation of functioning and behaviour in the 14 people in the specialist unit compared to the control group after three years , but it was a small trial with multiple components in the ‘treatment’, so the effects are quite difficult to disentangle, but the authors suggest the results were promising.

Reminiscence therapy, whilst not evaluated, appears to be acceptable to participants and staff and certainly does no harm. 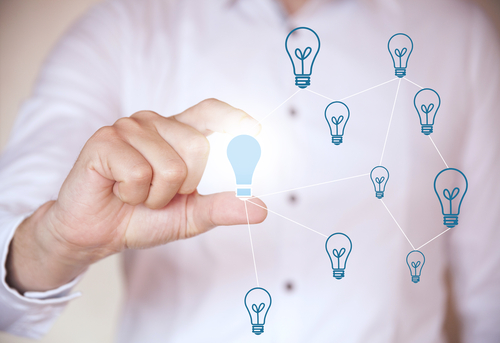 The authors point to two areas where research is underway and could have a potential impact. The first is the use of biomarkers, used as ‘surrogates’ for underlying pathological change. One study has followed 346 adults with Down syndrome for 10 years with annual blood tests, looking at mean corpuscular volume (MCV) and found a significant increase in this in those diagnosed with dementia. This raises the possibility of using this measure as a biomarker for Alzheimer’s dementia in Down syndrome.

The second area was the use of mouse models, which although not clinical research at this stage, have enabled an increase in the understanding the neuropathology of dementia in learning disability and may help identify new targets for intervention.

This is a well structured review based on what appears to be a good search strategy, given the papers found, although the strategy was not included in the published review.

The authors point to the lack of a robust evidence-base for treatment of dementia in learning disabilities, stating that many of the clinical trials for pharmacological treatments have been carried out in the general population and that research into non pharmacological interventions has been small scale.

However, there have been advances in our understanding of dementia and learning disabilities and carers and support staff can be made aware of the signs to watch out for. As the authors point out, accurate baseline information and the consistent use of one test can be helpful in measuring and responding to any decline over time.

New approaches to treatment, based on advances in knowledge of neurophysiology and pathology may focus on the development of medication to maximise ability in younger life and help to provide some resilience to the development of dementia in later life