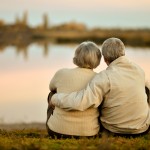 Last July I wrote a blog (Helping patients and carers deal with a diagnosis of dementia: one size doesn’t fit all) about a systematic review of qualitative evidence (Bunn, 2012) relating to patients and carers experiences of reaching and adapting to a diagnosis of dementia.  That blog was heavily influenced by personal experience of my own parents’ dementia journey which had started in 2010.  Chiming with the findings of the review, my mother’s road to diagnosis and beyond was long and rocky, despite my knowledge of the condition and the healthcare systems around dementia gained through working for the Cochrane Dementia Review Group.

This blog is about a follow-up study by the same research team. Brace yourself; it’s a qualitative study of whether their systematic review of qualitative studies (102 studies from 14 different countries spanning 22 years) reflected the real experiences of a group of service users and providers in the UK right now (Bunn, 2013).  Once I got my head round what the study was all about, I was impressed by its aim: to make their original review more relevant to practitioners and policymakers by putting it into a local context.  The approach of involving stakeholders, particularly patients and carers, in systematic reviews is becoming more common, but this study was relatively unusual in that it involved user groups in testing the findings of a review. The researchers recruited 27 participants from the South East of England: including 3 people with dementia, 12 carers, 6 service providers, and 5 older people without dementia. (If my maths is correct, this adds up to 26. I am dying to know who the mystery 27th participant was…). The team struggled with recruitment.  For example, despite making strenuous efforts to recruit participants from black and minority ethnic groups, they were unsuccessful.

The participants discussed the findings of the review in focus groups and semi-structured interviews, and in short:

Findings…..were consistent with those from the systematic review…..and applicable to the local setting.

We found some evidence that access to information and diagnostic services had improved but…..post-diagnosis support was still often experienced as inadequate.

As the researchers point out, this is disappointing given that the National Dementia Strategy in the UK was introduced several years ago.

I’ll run briefly through the three main themes which came out of the original review and how they were experienced by the participants in this study: Stigma and lack of knowledge about dementia is still very common

Particularly in the focus group of older people without dementia, the enduring stigma and lack of knowledge was striking, and this was one of the main barriers to diagnosis found in the original review.

Most people I know would rather have cancer than Alzheimer’s.

The group of service providers identified GPs as the main blocking point, but many service users said that this had not been their personal experience.

One thing which did resonate strongly with my parents’ own experience was that the memory clinic services – once you actually get there – are generally in very alienating, confusing and frightening settings.  One man reported that the communication of his wife’s diagnosis at the memory clinic had been:

the cruellest experience of my life.

As you would expect, the original review found that there were huge variations in how a diagnosis was accommodated.  This was borne out by the experiences of the study participants, particularly with regard to seeking out information.  One man looked on the internet to find out about life expectancy, whilst others did not want to know anything about prognosis. Sometimes unwillingness to understand the condition and seek information led to confusion, for example thinking that Alzheimer’s is a “nasty illness”, but dementia can be handled and everyone gets it eventually anyway. 3. Ways of living with dementia

This study confirmed that there was still a need for better support from professionals after diagnosis, including advice, social and psychological support, access to community care, and respite.  The participants indicated some evidence of improvements in the local area, however, formal and informal support services are still not well signposted or flexibly designed for different levels of need or personal preferences.

The service provider focus group suggested they were aware of this and were using different approaches to giving advice and information.  Patients and carers, however, reported that information about services could be overwhelming and on the flipside, more information is needed about benefits and entitlements.

Whilst peer support was reported as extremely important to the carers in this small sample, an important point here is that they were mainly recruited via peer support networks, so were likely to be positive.  On a personal note, my father wouldn’t dream of going to a dementia café and avoids most group activities unless he’s 100% sure they won’t distress my mother (or for that matter, distress him!).  But some find these support networks positively life-changing.

This study also highlighted a problem caused by the push for earlier diagnosis without sufficient thought being given to how to support people afterwards.  People diagnosed at an earlier stage had not accessed services either because they felt they had no need for them, they did not meet their needs at that early stage, or they were not aware of what was available.  There is the danger that by the time they are further on in the trajectory and the services are needed, contact with service providers has been lost and they are cast adrift and unaware of the help available.

Whilst it confirmed the findings of the original review, and saw it through a real-life lens, the effort and resources required to conduct it were considerable, and recruitment from difficult to reach groups was a struggle.  This undermines the contribution that the research can make to improve services for these groups.

Which brings me nicely on to my particular “soap box” topic of choice at the moment which I am about to shoehorn into this blog: Participant recruitment.  This latest bee in my bonnet was sparked off by an article in The Portland Tribune earlier this year (Clinical trials stymied as patients balk at ‘experiments‘).  I feel strongly that recruitment and retention of participants should really be a serious planned marketing job, and not an afterthought when designing clinical trials and other types of study.

However well-designed, randomised and all that jazz a study is, however fantastically patient-relevant the outcome measures are, however many PPI boxes are ticked, if not enough participants can be recruited, you might as well not have bothered. It’s a big problem which needs to be tackled imaginatively, preferably involving a huge culture-shift in the relationship between the research community and the volunteers they rely on to help them shape and answer their research questions. This Elf has climbed off the soap box. Struthers, C. Helping patients and carers deal with a diagnosis of dementia: one size doesn’t fit all. The Mental Elf, 26 Jul 2013.