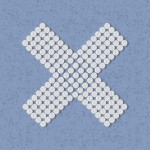 My last two posts have been about what medication to use for agitation in dementia. The biggest question I was left with in both occasions was: since medication seems to be of limited use and carry the risk of inducing some potentially serious side-effects can something be done which does not rely on using drugs?

It just so happens that in June 2014 a Health Technology Assessment report was published, which undertakes an extensive systematic review of the literature on alternatives to medication for agitation in dementia (Livingston et al. 2014). Before I go any further I should say that I have worked with Professor Livingston, the lead author of the report.

For background on the topic I’d like to refer you to my two previous blog posts. Having said that I would like to add the fact that the cost of the treatment of dementia is currently around £23 billion in the UK (Luengo-Fernandez et al. 2010). For comparison the total NHS budget was £110 billion in 2009 (Chantrill 2009). Cases are expected to treble by 2030 with the rising number of older people.

The report uses data from the London and South-East Region Alzheimer’s Disease epidemiological study to support some of its conclusions (Livingston 2007). It is based on that data that the report estimates that agitation more than doubles the cost of caring for someone with dementia. Agitation more than doubles the cost of caring for someone with dementia.

The authors searched twice for relevant articles on Web of Knowledge (incorporating MEDLINE); EMBASE; PsycINFO; The Cochrane Library and many other relevant sources. In addition they hand-searched reference lists of included papers and relevant reviews, and they contacted authors of the papers they included to ask about relevant studies.

They included papers which described quantitative results for agitation of a non-pharmachological intervention in individuals with dementia with a comparator group. They assessed quality of studies using the CEBM Levels of Evidence approach (CEBM, 2009). They awarded points based on quality and prioritised higher quality evidence. They identified the intervention categories in table 1 which they reported on in aggregate.

Only light therapy studies were homogenous enough for meta-analysis. For the rest, the authors calculated standardised effect sizes (SESs) with 95% confidence intervals (CIs) where possible. The authors also undertook a health economic analysis. The review covered everything from music therapy to pet therapy.

So what were the alternatives to medication for agitation in dementia?

Interventions that definitely do not work All the evidence relates to care homes and there is hardly any evidence for any other setting.

This produces a clear list of interventions that are worth implementing in care home settings: training and supervision of staff in any form of person-centred care and sensory stimulation for severe agitation, and music therapy and activities for less severe forms. We know we definitely do not want to use aromatherapy, light therapy and home-like care environments. Family carer training seemed to have quite disappointing results.

With the exception of care in home-like environments there do not appear to be detrimental effects to these interventions and their costs are comparable to those of using long-term medication with probably greater benefits.

My problem as a clinician is that I will be called to see and issue recommendations for a specific individual and these interventions work at the level of the home. It makes no sense for me to recommend training for the staff looking after the patient I have come to see or to recommend a sensory intervention, activity or protocolised music therapy for them alone.

This will be an ongoing barrier for adoption as there are no clear immediate incentives for homes to put them in place. The economic analysis will probably not persuade the average care home manager. The solution might be at the level of commissioning where these things are demanded of providers as requirements for placement.

For my part, I will try to continue to see care home managers whenever I go visit and share this information. Some of them might be persuaded to introduce these even if they are just as differentiators from other providers or to enable to them to accept the more agitated individuals without losing the placement. It’s likely that commissioners will be driving these changes, rather than care home managers or individual clinicians.

Last reply was August 29, 2014
Try out our members features!