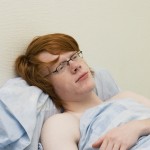 People with bipolar disorder have high levels of post 16 years education, but it’s estimated that only half of those living in Europe with the condition are in paid employment. This is a real concern because the illness typically affects young and middle-aged people who would normally be active in the workforce.

Of course, living with a severe mental illness like bipolar disorder can be extremely challenging and it’s not always possible to get on with regular routines when episodes of depression or mania strike.

However, policy-makers and commissioners should take note of the fact that the healthcare costs for mental health disorders are only half of the costs of the productivity lost to worklessness from those same conditions (Patel and Knapp). Surely more investment in mental healthcare is a no brainer in these times of austerity?

[Readers interested in reading more about the family and societal costs of mental health should check out the excellent work of Martin Knapp – there are some links at the end of this blog].

Eleanor Gilbert and Steven Marwaha from the University of Warwick have published a systematic review of the predictors of employment in bipolar disorder. They hope that a better understanding of these predictors will help us reduce the about of time lost to worklessness in this population each year.

The authors conducted a decent search and, following a systematic process of sifting and appraising, included 9 studies in their review (including a total of 3,184 patients). The included studies had the following characteristics:

The authors had planned to carry out a formal meta-regression analysis, but were unable to do this as the included studies used different measures of employment and work functioning and so could not be pooled in this way. Overall the small number of studies mean that the findings of this review are subject to change.

Better assessment and management of depression and cognitive difficulties could improve the occupational functioning of bipolar disorder patients. There is a need for high quality longitudinal studies specifically designed to investigate predictors of employment in large bipolar disorder samples.

Knapp, M. Mental Capital and Wellbeing: Making the most of ourselves in the 21st century (PDF). State-of-Science Review: SR-B8 Mental Ill-health: Cost Implications, 2008.