Home » Posts » Mental health » anxiety » Depression and anxiety in long-term cancer survivors compared with spouses and healthy controls: what about the impact of gender? 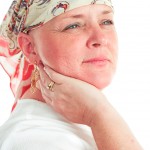 Life after cancer diagnosis and treatment is full of uncertainties for the patients and their caregivers. The possibility of cancer returning is hard to dismiss at least in the first few years after the end of treatment. Life has often changed in many imperceptible and subtle ways for people who have undergone cancer treatment, as well as their loved ones.

The research on psychological health of long-term cancer survivors gives us a mixed picture. While some studies show high rates of cancer-related intrusive thoughts, others find low rates of depression and good quality of life. Psychological distress experienced by carers is also of concern as that can be even higher than the issues faced by patients.

Mitchell et al (2013) have recently completed a systematic review and meta-analysis that aims to answer the following questions:

The authors carried out an extensive search for studies that reported depression and anxiety prevalence in adults with cancer two years after the treatment. They excluded studies that used the same sample (duplicate publications) and also studies conducted on patients in palliative settings. They found high heterogeneity so they used random-effects rather than fixed-effect meta-analysis. In addition, the relative risk for depression was significantly higher for cancer survivors who were diagnosed within the past 2 years (1.74) compared with those diagnosed 2-10 years or 10 years ago or more (2.09). In the case of anxiety, relative risks for less than 2 years versus 2-10 years and less than 2 years versus more than 10 years did not differ significantly.

They highlight that anxiety can impact quality of life negatively and that screening for anxiety has not received the same attention as screening for depression and distress. It is important to note the drawbacks of this meta-analysis. As they indicate, the studies had high heterogeneity and the quality varied. However, a bigger problem is that they ignored a very important factor in their analyses: the importance of gender. As Hagedoorn et al (2008) clearly showed in their meta-analysis of distress in couples coping with cancer, women reported more distress than men, regardless of whether they were the patient or the partners. So, it is surprising that Mitchell et al. did not take gender into account or even cite this work. Given this caveat, we end up wondering what the results would be like if gender was accounted for in the analyses.