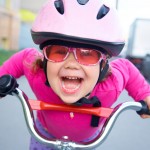 Attention Deficit Hyperactivity Disorder (ADHD) is the most common behavioural disorder in the UK, with sufferers experiencing inattentiveness, hyperactivity, and impulsivity.

It is estimated to affect 3-9% of school aged children and young people in the UK (those aged 3 to 18), and 2% of adults worldwide (DSM-IV criteria).

Typically ADHD will continue from childhood into adulthood with many experiencing occupational problems, emotional and social difficulty, psychiatric disorders, or substance abuse. ADHD usually continues into adulthood, although most research focuses on children and young people

Last month NICE published both Quality Standards and an Evidence Update for ADHD. The Quality Standards are a set of brief statements designed to improve the quality of healthcare. They’re aimed at health professionals, patients, service providers, and commissioners.

The Evidence Update provides a roundup of the new evidence since their last review in 2008. This is the first update in 5 years, but none of the new key points were indicated as having a potential influence to change current NICE guidance.

The 7 Statements in the Quality Standard: Children and adults should be sent to a specialist when they first show symptoms of ADHD. Meanwhile adults who were previously treated as children should be referred to general psychiatric services. Practitioners should take care to prevent a reduction in support when patients move from child to adult services. It’s important that individuals of all ages with ADHD receive support, as adequate treatment can have long-term benefits on a range of ADHD outcomes (Shaw et al, 2012).

Individuals with ADHD may have significantly reduced grey matter volume in the basal ganglia. However, the normal course of ageing and stimulant drug treatment may be associated with brain areas appearing more normal (Nakao et al, 2011). Two dietary interventions have been investigated. One review found that some children with ADHD responded positively to a diet without food colourings and additives (Sonuga-Barke et al, 2013). Another review assessed treatment through a fatty acid supplement, which appeared to reduce symptoms. Both interventions require further research (Gillies et al, 2012).

Children with moderate ADHD should be referred to group therapy to improve daily functioning, organisational skills, and relationships with peers and family members. It’s recommended that parents attend training programmes which can provide them with the tools and experience needed to manage their children’s behaviour while strengthening parent-child relationships. Telephone-based training for parents may be beneficial compared to no training, although further research is needed (McGrath et al, 2011). It should be noted that parental training showed little impact on ADHD symptoms outside the home environment (Zwi et al, 2011).

It is suggested that patients should be closely monitored when starting a new drug, to allow the dose to be successfully adjusted. This means unwanted side effects can be minimised, and benefits maximised. Side effects of ADHD drugs can include a small increase in blood pressure and heart rate, which can subsequently increase the risk of other cardiovascular problems (Martinez-Raga et al, 2013). Therefore, patients should be monitored yearly, due to the high levels of side effects in ADHD medicine which can hinder the course of ADHD treatment. Regular patient reviews will also decrease the risk of abusing medication. Current clinical guidelines recommend drug treatment should not be the first-line treatment for children, instead reserved for those individuals with severe symptoms, whom have refused behavioural interventions, or are non-responsive to alternative treatments.

Drug treatment in school age children may increase attention, although the evidence is less clear on whether it can increase academic performance. Methylphenidate appears to be an effective treatment for children & young people with ADHD as well as intellectual disabilities or substance abuse problems (Prasad et al, 2013).

Treatment for ADHD in adults may be improved with the aid of cognitive behavioural therapy (CBT) alongside medication. Extended-release methylphenidate may reduce ADHD symptoms in incarcerated adults and those with other health problems alongside ADHD (Ginsberg & Lindefords 2012). While none of the key findings in the Evidence Update had a large enough impact to change any of the current NICE Clinical Guidelines, they bring us up to speed with the latest evidence and point to where to go next. Additionally, the Quality Standards offer recommendations on the treatment of ADHD based on the current evidence. Group-based treatment is recommended for children with moderate symptoms and for parents of affected children. If drugs are prescribed they must be closely monitored and annually reviewed due to the adverse effects and risk of abuse.

For adult care, it is important to continue treatment in psychiatric services when transferring from child to adult practices. Drugs are the first line of treatment, with methylphenidate as the drug of choice followed by atomoxetine and dexamfetamine. If symptoms persist, then patients may be referred to Cognitive Behaviour Therapy.

The Evidence Review also brought fourth many additional uncertainties and opportunities for future research, such as the impact of restricted diets on ADHD symptoms, organisational-skills training as an effective behavioural intervention for children, and whether the assessment of brain abnormalities may some day be part of the ADHD assessment process.