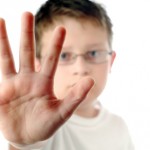 The authors searched Medline, PsychInfo, the National Guidelines Clearinghouse, and the Cochrane Database of Systematic Reviews for meta-analyses, systematic reviews, or practice guidelines related to the treatment of aggression in children and adolescents with attention deficit hyperactivity disorder.

The care recommendations and the levels of evidence that support them are as follows: