Home » Posts » Mental health » ADHD » Many children taking ADHD drugs say that it helps them control their behaviour and make better decisions, according to new survey 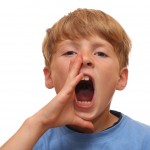 The ADHD Voices (Voices On Identity, Childhood, Ethics and Stimulants) report was published yesterday and received a significant amount of press coverage. The outcomes of this work are a 46-page report and 18-minute video, that aim to inspire a fresh public conversation about the ethics of Attention Deficit/Hyperactivity Disorder (ADHD) diagnosis and stimulant drug treatments like Ritalin and Adderall.

The study has been led by Dr Ilina Singh from the Department of Social Science, Health & Medicine at King’s College London, and funded by the Wellcome Trust. Dr Singh and her team interviewed children and their families from the UK and US to find out what they think of the ethical and social issues surrounding this often controversial illness. They focused particularly on medication, to try and find out more about what the children taking drugs like ritalin actually think about how it affects them.

151 families took part in the research (82 from the UK and 69 from the US) and 3 different groups of children were interviewed:

The study participants were broadly similar in terms of the severity of their illness, except that diagnosed UK children scored significantly higher on the Conners’ Oppositional scale than participants in the US (63.1% and 56.7%, respectively, p<.05).

The researchers incorporated drawing, a vignette, sentence completion tasks, standardised pictures and a sorting task into the interview to ensure that children were given the opportunity to tackle a set of complicated issues using a variety of skills and techniques.

The conclusions of this study are:

The qualitative approach followed in this study was supported by quantitative analysis of the data gathered. It’s a novel approach that makes sense; conducting the research with children, not on children. The authors have used their funding well to produce an accessible study report and innovative video that presents the results in an engaging and entertaining way.

Singh, I. VOICES Study: Final Report (PDF). 2012.
[Note: before downloading the report, please note that it is 47MB and will be slow to download on rickety NHS Internet connections]

Printed copies of the full ADHD Voices report and DVD can be obtained from contact@adhdvoices.com

Last reply was October 16, 2012
Try out our members features!