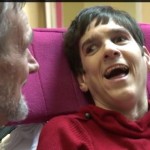 Affect attunement has been extensively researched and written about in relation to mother and infant relationships but might it also have some relevance and usefulness in work with people with Profound and Multiple Learning Disabilities (PMLD)?

A lot of the research around affect attunement has been done by Daniel Stern and he describes it as the immediate recasting of the emotional-behavioural state of one person by another person, using emphasised behaviours (Stern 1985; Stern et al. 1985).

So affect attunement is not just an imitation of the behaviour, but more an attempt to reflect back the emotion and feelings projected by the infant, hence creating a connection between the two. The behaviour of the infant need not be matched but in order for the infant to perceive the response as connected with its own behaviour it needs to match in duration, intensity and shape. 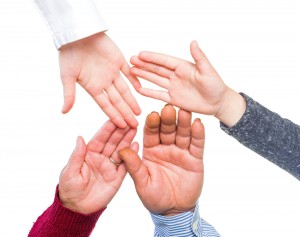 The authors point out that attunement as a general construct has been used by interventions such as Intensive Interaction but state that there have not been any “studies examining discrete incidents of affect attunement in interactions” between people with PMLD and their support workers.

This study aimed to discover whether workers were already using affect attunement in their work with clients with PMLD, and if they were to analyse its qualities.

The selection of participants, which was done by nomination by service managers, resulted in 21 pairs. The participants with PIMD were aged from 24 to 55 years (M = 37 years); 12 were male and nine were female.

The paper also gives a quite detailed breakdown of the participants with PMLD’s other health issues, diagnoses and communication.

The pairs were then each filmed on one occasion for 20 minutes. The support workers were aware that the research was around interaction but not that it was to do with affect attunement.

Videos were then analysed and coded using a tool called the Affect Attunement and Behaviour Coding (AABC). Each incident was examined according to degree of intensity, duration, rhythm, shape and modality and also for the type of behaviour that elicited the response (loss of control over actions, sudden unexpected behaviour, falling, risk behaviour, effort, attention and curiosity, emotion, negative emotion, striving and effective action).

These categories were taken from research done on mother-infant pairs (Jonsson & Clinton, 2006). The incidents were also analysed to see if the response matched the behaviour.

The majority of the incidents were under 2 seconds long, rated as intense and matched in duration and intensity of behaviour and response.

The rhythm and shape of the incidents were matched between pairs less frequently.

The most frequently used modes for the participants with PMLD were facial expression (70.3%) and postural changes (75.0%), vocal modes only being used in 48.4%. This contrasted with the modes used by the support workers with the predominant mode being vocal (87.5%).

These results were generally similar to those found by Stern (Stern et al. 1985) in his research with mother-infant pairs. 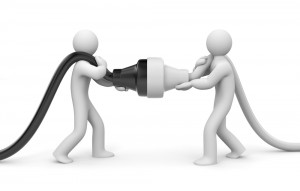 Most of the incidents were rated as short but intense

The authors found that support workers do engage in affect attunement and suggest that this could be a means in which to assess the quality of interactions.

The authors have written a very good section thinking about how the research could be used in practice which is often lacking in research papers. They suggest that examples of support workers using affect attunement could be highlighted as good practice, and could be another way of validating the practice of spending time with clients and letting them lead the interaction.

However, the authors recommend that further research is done to try to determine if interaction involving affect attunement is actually “better” than interactions without it.

Without this research it could be argued that the implications for practice that the authors suggest should be put on hold. There is already discussion about how effective Intensive Interaction is and how this can be evidenced, indeed this was the subject of Katherine Runswick-Cole’s recent blog on this site and if affect attunement is promoted without any evidence of its effectiveness then this could cause confusion amongst staff or divert under pressure time and resources from other methods with more evidence to back them.

It might also be worth considering whether affect attunement is actually significantly different from Intensive Interaction done well.

The development of Intensive Interaction by Dave Hewett and Melanie Nind (Nind & Hewett 2001) was based on their learning about the way in which human beings learn to communicate during the first year.

The authors present a very detailed examination and analysis of incidents of affect attunement many of which were very short and subtle in their nature. This must have been very time consuming but it seems like an important validation of the participants’communication as worthy of study and comment.

The authors also point out that this micro analysis of these “very subtle interactions provides a contrast to previous research on interactions focusing on the complexity of DSW ( disability support worker) speech or the use of objects in communication”.

Another contrast that the authors make between their research and many other papers is that instead of focusing on poor communication by support workers this paper focusses on what skills support workers have and what they are doing naturally.

This is very refreshing and is a good reminder to managers to try and emphasise some of the positive, quality work that support workers are doing, as well as trying to develop skills and, of course, challenge bad practice.

Affect attunement could add useful ideas and reinforcement to current ways of working with people with PMLD but further research would be needed to address its efficacy before time and resources were used promoting its use. 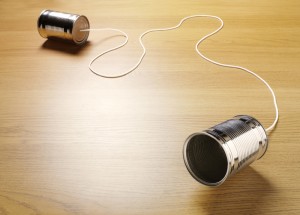