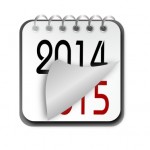 Christmas is traditionally a busy time for us elves so the Learning Disabilities Elf will be taking a bit of a break over the festive season. Before we go though, we thought we might reflect a bit on a few of the issues we have covered over the year.

We published over 100 blogs in the year and welcomed some new authors to the team and covered a wide range of topics.

Not surprisingly, there was a good deal of focus on the transforming care concordat, based on the response to events at Winterbourne View.

At the end of 2013, the learning disability census showed the clear lack of progress towards meeting the targets in helping people to move from inappropriate hospital care and things did not improve much through the year, with the 2014 census highlighting a high use of medication and incidents of the use of the restraint in specialist services.

There were however some clear views about the way forward from a national event led by people with learning disabilities with the specific aim of adding their collective voices to the campaign for the closure of institutions. 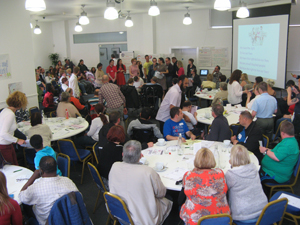 The event produced a series of proposals which called for resources currently in institutional services to be used in building supports for people with learning disabilities to live successfully in the community. We commented at the time on the relentlessly positive and constructive nature of the contributions from the participants who continue to remain upbeat and brimming with potential solutions.

Another important document published in the year was the NHS England guide for families that offered advice and guidance on what do if a family member was referred to an in-patient-assessment-and-treatment-unit. Alison Giraud Saunders and Angela Cole posted about the document which provided information on admissions; what families might expect; suggestions about what questions to ask and links to useful organisations and further information.

Finally of course, December saw the publication of the Bubb report with recommendations on a new commissioning framework for services which outlined an approach that would 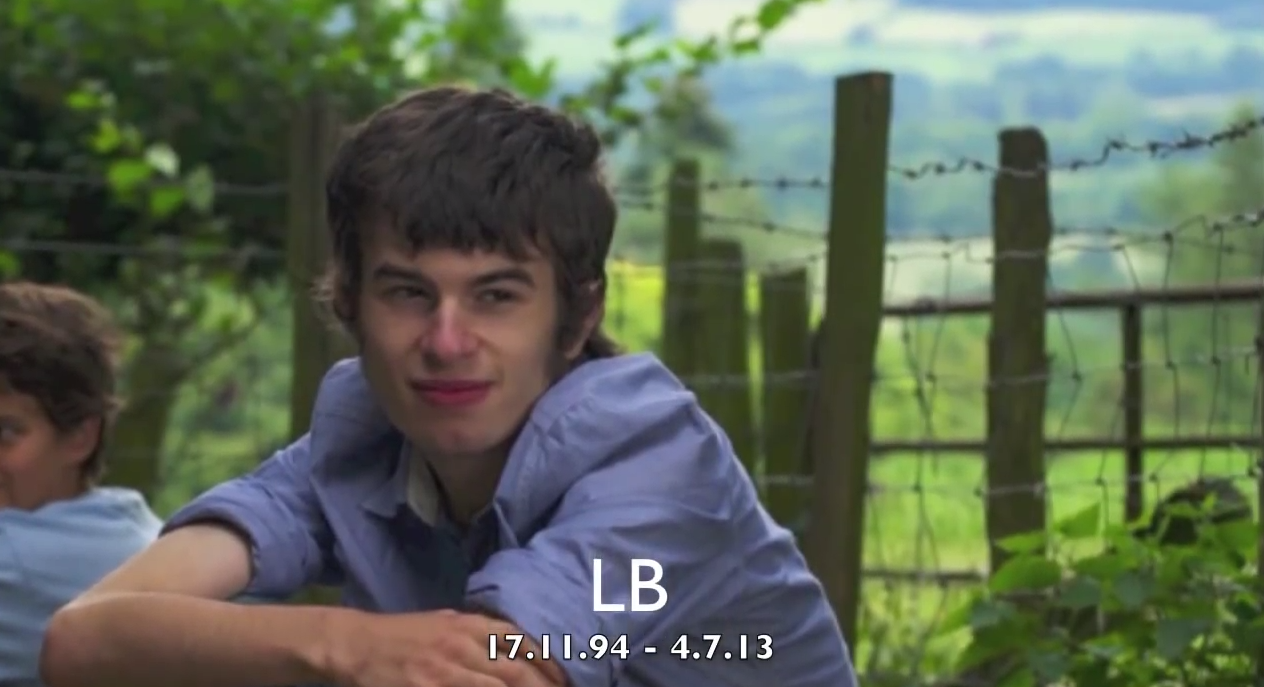 In May, we took on one of the 107 days in the Justice for LB campaign. LB is ‘laughing boy’, the online name of Connor Sparrowhawk, a young man who was admitted to an assessment and treatment unit in Oxford. 107 days later, whilst still in their care, he had a seizure in the bath and died.
Our post was in two parts, the first part, by Nikki Newhouse who works with Connor’s mum, Sara who describes Connor as being “funnelled down a heavily-scripted, non-patient-centred path” which led to him “being sectioned, medicated and misunderstood. Having been neatly categorised as “learning disabled”, Connor’s epilepsy went ignored. This myopic approach ultimately caused his death.”

The second part of the post traced the guidance, evidence and good practice examples that were available to guide and support organisations – echoing the notion that we know what good looks like,and drawing attention once again to our seeming inability to deliver it consistently.

You can meet Connor here – a 90 second slide show of his life
And read mydaftlife – a blog written by Connor’s mum, Sara Ryan.

In the autumn of 2014, the Department of Health published its progress report and Pauline Heslop and Matt Hoghton two of the authors of the Inquiry report, blogged that whilst some progress had been made, there as a good deal in the report that did not address the issues at heart.

This led to us being involved in our first tweet chat, jointly hosted with the great team from WeLD Nurses which enabled a wide range of contributors to have their say. This is certainly something we would like to do more of in the new year. The chat ended with a challenge to participants to consider what changes they would make to their practice in the coming year. 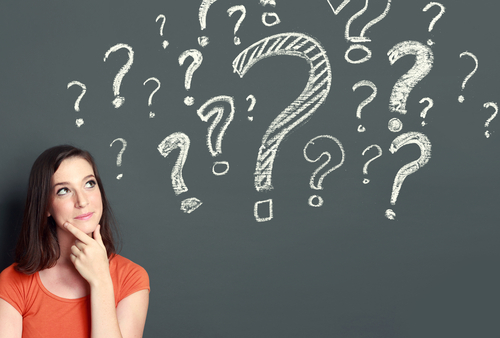 What will you change in your practice?

There was incredulity at the fact that a NICE scoping consultation on multi-morbidities (a combination of two or more diseases or long-term conditions, where none of the conditions dominates) almost excluded people with learning disabilities which was especially disturbing given that recommendation 3 of the CIPOLD report was that NICE guidance should take into account multimorbidity in relation to people with learning disabilities.

Organisations signing up to the charter commit themselves to a range of actions aimed at improving health outcomes for people, including

We also posted about the work of a Mencap project ‘Getting it Right – From the Start’ which worked with primary care services in four pilot areas to test the introduction of reasonable adjustments and produced a toolkit for GPs, The Improving Health and Lives team has a really helpful reasonable adjustments database which has a wide range of examples of adjustments made to enable access to health services by people with learning disabilities.

We are aware that there are significantly fewer systematic reviews and randomised trials to post about in the field of learning disabilities. Our sister site the Mental Elf regularly posts about

However, we do identify some reviews and trials. This year for example we highlighted a review which explored pharmacological interventions among adults with autism and learning disability. Kate van Dooren, postdoctoral fellow at the Queensland Centre for Intellectual and Developmental Disability concluded that the review showed that “more research is needed to help practitioners to make evidence based decisions when working in already challenging circumstances. No studies were found offering guidance about people with autism and intellectual disability.”

We also looked at a couple of scoping reviews, one which looked at the effectiveness of advocacy services that found a lack of a robust evidence base which leaves advocacy services in a potentially vulnerable position. The second looked at the impact of personalisation on the lives of people with learning disabilities and found few outcome studies measuring impact and concluded that there was a lack of research literature which directly reported on outcomes of personalisation for people with learning disabilities and on the engagement of social workers in the process. Following the publication of a new manual for therapists providing cognitive behavioural therapy to people with learning disabilities we looked at a multi-centre, cluster randomised controlled trial comparing a small group, 12-session cognitive behavioural intervention in day services against ‘treatment as usual’ (i.e. receipt of day care).whose findings were promising in terms of outcomes with additional costs of the intervention small enough to suggest that they might be compensated for in savings on later health and social care costs.

We also welcomed some new bloggers to the team. We have already mentioned some of them above through their posts, but we also welcomed Nick Burton, a Regional Operations Manager for the Royal Mencap Society, whose debut blog focused on choking risk and the recommendations of a review by Hampshire Safeguarding

We also welcomed two contributors from the Living with Disability Group at LaTrobe University in Australia. Sian Anderson, wrote her debut blog about at sex education programmes which raised a number of important questions and highlighted a focus on protection’ and ‘prevention’and the lack of attention given promoting the development of healthy, positive sexual relationships. Louise Phillips, wrote about the role of practice leadership in active support and provided an excellent break down of what practice leadership is and what organisations need to do to support and nurture it.

Finally, we welcomed Professor Ruth Northway, Professor of Learning Disability Nursing at the University of South Wales, whose debut blog looked at a survey of abuse of people with learning disabilities which provided some evidence for the view that women can be perpetrators of abuse, challenging commonly held stereotypes of abusers as being predominantly male.

We would like to thank everybody who has taken the time to read our posts, to comment on them, or retweet our messages and we hope that you’ll continue to do this in the new year.

2015 however, will see the launch of a range of new services from the National Elf team as we continue to strive to meet our mission of bringing you the latest learning disabilities evidence and in order to help deliver these, we will be looking to expand our team of contributors,. Look out for some more news of that in January. 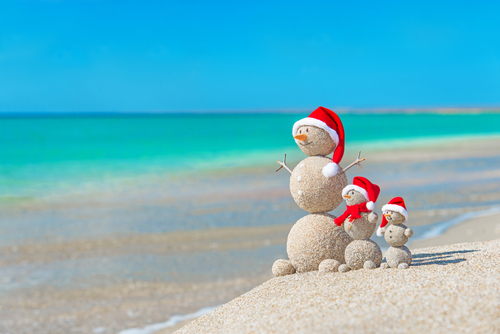 Finally, we would like to wish everybody a happy Christmas and all the best for 2015 and look forward to hearing from you with your comments and contributions to the site in the new year.