Home » Posts » Learning disabilities » down syndrome » Trajectory of dementia: is it different for people with Down syndrome? 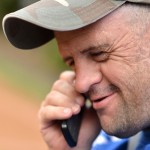 Down syndrome has a prevalence rate in the UK of 1.08 per 1000 live births (Morris & Alberman, 2009) and the Downs Syndrome Association (DSA) estimate that there are over 40,000 people in the UK with Down syndrome.

Typically, a person with Down syndrome is at increased risk from a number of health conditions and it is important to have effective health monitoring from birth to old age.

People with Down syndrome are at a relatively high risk of developing Alzheimer’s dementia, and at an earlier age than would normally be expected (Strydom et al., 2010).

It is important to understand the trajectory of dementia to ensure the most effective support for people with Down syndrome.

In this study, Wark, Hussain and Parmenter (2014) report three case studies of individuals with Down syndrome who were diagnosed with dementia but then returned to normal daily functioning after a major life event, before displaying a severe decline in functioning.

The premise for the study was based on the observation of a nongovernment disability organisation that identified three separate cases, which appeared to indicate a phenomenon connected to the trajectory of dementia in Down syndrome.

They reported that two men and one woman with Down syndrome and a diagnosis of dementia experienced an observable decline of functioning consistent with dementia but then experienced a ‘bounce-back’ and appeared to return to levels of daily functioning similar to their pre-diagnosis functioning.

The authors evaluated the case history of these three individuals with Down syndrome to establish the timeline of dementia and functioning levels with a view to exploring whether there were any shared characteristics that may be related to this unusual dementia trajectory. 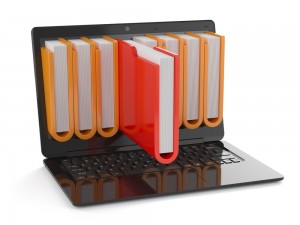 The authors note several similarities between the three individuals. Prior to the diagnosis of dementia, they were all reported to have high levels of personal skills, which declined to lead to the diagnosis in their late 40s or 50s.

After the diagnosis of dementia, they all experienced a significant life event that was followed by an increase in functioning to pre-diagnosis levels, which was maintained for at least six months.

They then experienced a quick and unexpected decline in functioning to levels lower than that at the initial diagnosis of dementia.

The researchers pay particular attention to the ‘significant life event’. They note that although the life events may not have been positive initially, they all resulted in a long-term positive outcome, for example increased opportunities for socialisation with peers.

The life event is hypothesised to have ‘broken’ the depression and therefore accounts for the apparent rebound in functioning. The individuals’ subsequent decline is thought to be accounted for by dementia, as may be expected from their age and type of learning disability.

The authors conclude that the observation of this unique dementia trajectory in Down syndrome warrants further research, with particular emphasis on establishing appropriate interventions to better support people with Down syndrome and dementia.

The authors note that there have been reports of this phenomenon elsewhere in the literature and that it has been reported anecdotally in other countries. However, as the authors acknowledge, this is a small scale study and there remains the possibility that these cases are coincidences.

Despite this, it is valuable to publish such case studies in the scientific literature so potentially important observations are not missed and can explored by further research.

Further information about the non-government disability organisation, the individuals with Down syndrome and the data gathered would have been valuable.

The authors note that key information such as quantitative measures of intellectual level and functional assessments was limited. In particular, further information is needed about the significant life events as the authors’ conclusions are heavily based on their importance. It would also be interesting to know whether other people with Down syndrome and dementia involved with the non-government disability organisation experienced similar life events but did not experience a subsequent increase in functioning.

Although it would be informative to know more about the organisation, and the authors’ relationship with the organisation, it is promising to see such synergy between research and practice. An unusual pattern in the dementia trajectory was observed in practice and this was then explored in more detail by researchers and reported so that an area of literature can be furthered and knowledge can be shared.

The link to depression is speculative and is not based on convincing evidence gathered from the case reviews or the existing literature.

None of the three individuals was diagnosed with depression, although many mental health problems go undiagnosed. However it is important to raise questions about the diagnosis and trajectory of dementia and depression in people with Down syndrome, and whether this differs from the general population and other people with learning disabilities.

The authors’ conclusions have potentially very significant clinical implications. Some symptoms related to a decline in functioning can be attributed to dementia or depression, for example withdrawal, low energy levels and sadness, and therefore it is important for clinicians to consider the possibility of depression when assessing for dementia (Jensen & Bulova, 2014).

However further evidence is needed to confirm the authors’ speculation about undiagnosed depression in Down syndrome and how it may affect dementia diagnoses.

The study also highlights the need for regular health monitoring by health professionals. The study was conducted in Australia, and the authors note that services are beginning to establish baseline functioning of adults with Down syndrome over the age of 35 through annual screening.

In the UK, annual health checks for people with learning disabilities are being promoted, and this would offer a good opportunity to improve health monitoring for people with Down syndrome and screen for depression and dementia at regular intervals. 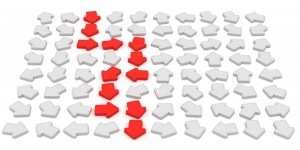 This unique dementia trajectory in Down syndrome warrants further research