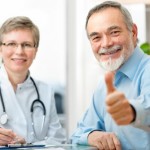 In 2010, Emerson and Baines in a search of the literature on healthcare issues for people with learning disabilities identified at least one study where increased rates had been reported. In 2011, we reported on a US study which found in one cohort, significantly higher prevalence of diabetes in adults with ‘cognitive limitations’ when compared to those with no disability  and higher risk of developing diabetes is associated with some genetic syndromes. We have posted about some of the challenges people with learning disabilities face in managing diabetes, which include confusion about language and coping with physical, emotional and social consequences.  However, there is beginning to be a good range of easy read information, as provided for example by Easy Health and by websites such as Diabetes to the Point and there are beginning to be more examples of appropriate support for self management.

The researchers in this study were interested in looking at the demographics, health and the diabetes quality of care indicators used with people with learning disabilities found in one health region in the UK.

What they did was to construct a questionnaire which they posted to all the community learning disability teams and supported living and residential services in the region. The questionnaire asked for anonymised information on the demographics, health and quality of care indicators for people with learning disabilities on the caseloads of the teams. They had 186 questionnaires returned to them.

What they found on analysing the responses was that 125 people with learning disabilities had Type 2 diabetes (67%) 61 people had Type 1 diabetes (33%). 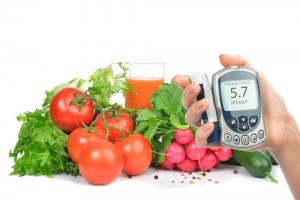 They found that significantly more people with Down syndrome and Autistic Spectrum Disorder had Type 1 diabetes.

6% had glycossylated glucose levels (HbA1c) greater than 9.5% 52% had levels between 6.5% and 9.4%. (Higher amounts of glycated hemoglobin have been associated with cardiovascular disease and retinopathy)

They found that those with poor glycaemic control were statistically more likely to have Type 1 diabetes and be younger, live with parents or independently and be obese.

The authors suggest that their results show that national standards for good diabetes management were only partially met.

The authors conclude from their findings that the extent to which quality of diabetes care indicators were achieved was variable. They point out that for many people in their study, the indices were not met. Glycaemic control was poor, only a quarter of the people were of normal weight and many were hypertensive. Almost a quarter had no record of their lipid levels.

They believe there are two questions that arise from their findings:

i. who should be responsible for promoting diabetes management for people with learning disabiiltes?

ii. how can service provision be tailored to better meet the needs of this vulnerable group?

They conclude that there is a need for more collaborative working and education between specialist learning disability services, primary healthcare and diabetes clinicians to promote health and meet quality indicators of diabetes care.

Last reply was December 16, 2013
Try out our members features!