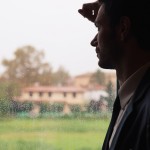 There is considerable evidence that people with learning disabilities in residential settings are prescribed anti-psychotic medication to help reduce behaviours that challenge the service. However, there can be significant side effects from these powerful drugs and for some people these can be as debilitating as the impact of the behaviours. In some instances the effects can actually worsen the behaviour.

The authors of this current study set out to report the outcome of an N-1 case study for a 16 year old young man who was diagnosed with a mild learning disability along with attention-deficit hyperactivity disorder, conduct disorder and bipolar disorder.

He was also diagnosed at an early age with tonic-clonic epilepsy. He had been prescribed carbamazepine and sodium valproate.

The team wanted to look at the impact of the reduction and eventual withdrawal of sodium valproate on his aggressive behaviours. Sodium valproate is an anti-convulsant medication that is also used to treat bipolar disorder.

What they did was to take an extensive history and identify target behaviours, which included a range of physical aggression against others as well as verbal abuse, damage to property and absconding.

They carried out a functional assessment which revealed multiple functions of the behaviours, including access to preferred activities, attention and escape/avoidance of academic instruction and staff.

At the beginning of the programme, the young man was involved in regular classroom activities and was supported through Active Support which provided a number of consistent structures and routines.

The clinical team put in place an individualised multi-component intervention that remained in place from week 18 of his placement through to the end of the case study period at week 135. This involved a structured classroom environment with clear expectations for academic and social behaviours with a number of contingencies to support these.

In addition this, he also started a programme of cognitive behaviour therapy in week 55 aimed at reducing sexually harmful behaviour.

Following some incidents and discussions between clinical teams, the dosage of sodium valproate the young man was on was increased to 1600 mg daily in week 19, but after 46 weeks he had not had any seizures, and there had been no improvement in aggressive and disruptive behaviour, so it was agreed to reduce the dosage of sodium valproate gradually over the next 50 weeks.

Other medications (Propranolol, Aripiprazole and Concerta XL) had all been withdrawn several weeks prior to the start of the withdrawal of sodium valproate

What they found was that the number of aggressive episodes as recorded by staff, reduced from an average of 6.1 per week in the baseline period from week one to seventeen (range, 2–14) down to an average of 3.0 (range, 0–8) when the multi-component behavioural intervention was introduced. There was reduced aggression following the introduction of the differential reinforcement of other behaviour (DRO), but this was not seen until around 17 weeks after the approach began. This was unusual in that most studies have shown that DRO influences behaviour after a few days or weeks. 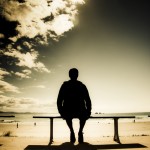 There were no aggressive episodes after sodium valproate was completely withdrawn

They also found that when cognitive behavioural therapy was added to the programme, this did not have a big impact on the number of aggressive episodes.

They found that there was an appreciable drop in the number of episodes when there was a reduction in the dosage of sodium valproate to below 800 mg.

Sodium valproate was completely withdrawn from week 95 and there were no aggressive episodes recorded at all from week 115 to 135.

As a single case study design with no controls, the findings from this study need to be treated with caution. The authors point out though that despite this inherent design weakness, they did collect objective, quantitative data and carried out reliability checks. The study also took place over a long period of time – 135 weeks.

There are some interesting findings therefore relating to the impact of the reduction and eventual withdrawal of sodium valproate for this young man.

This would seem to add weight to the idea that where it is known that side effects of first-line medications might include behavioural disturbances that the person is already showing, then alternative medications should be considered.