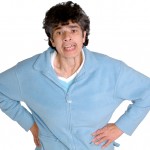 The staff teams attended a series of workshops which were designed to use a psychosocial framework to help staff work through a case formulation for the individual they were supporting.

Measures of problematic behaviour taken after attendance at the workshops showed decreases in such behaviours displayed by the individual and in addition, the perceptions of the staff teams regarding the severity of such behaviours also changed. The evaluation showed that the teams involved described beneficial impacts of the workshops on their practice.

The authors conclude that the evaluation of this approach suggested that workshops were feasible, positively received and associated with changes in the psychosocial difficulties displayed by the individuals staff were supporting, although some caution is advised in generalising too far from these early results and further longer term follow up is advised.