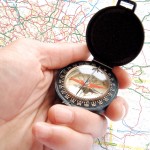 The early 1990s saw the publication of the original Mansell report into services for people with challenging behaviour. This report highlighted the issue of the use of out of area placements to meet the needs of people with learning disabilities and suggested that the continued reliance on such placements would stunt the growth of local competency and lead therefore to increased reliance on such placements. The authors of the present study confirm that the use of such placements is increasing in the UK. Bearing in mind the high cost of such placements in a time of increasing budgetary constraint, the authors set out to report on the effectiveness of placements used by five London boroughs to illustrate key issues on provider characteristics and aspects of good practice.

They found that individuals with learning disabilities and challenging behaviour are in fact more likely to be placed out-of-area in services of variable quality and that a minority of these may well underperform. The data from the survey suggest the private sector, the main accommodation provider, is most likely to underperform on meeting standards of care.

The authors conclude that the majority of out-of-area providers appeared to provide good standards of care but that the factors identified in the original Mansell report that stunted the growth of local treatment of individuals who present with challenging behaviour remain in place. The authors call for a clear framework for the identification of poorly performing providers and for the development of effective services to support service users currently placed out-of-area.