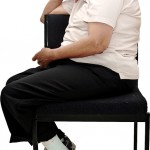 Quality of life as a treatment outcome in services for people with learning disabilities and autism has received little attention in the literature. The researchers in this study combined quality of life measures with objective observations of challenging behaviours to evaluate outcomes for adults with learning disabilities and autism living in two different residential services. The researchers set out to test the hypothesis that any decrease in challenging behaviour would be related to an improved quality of life.

They completed the Quality of Life Inventory in a Residential Environment (IQVMR) and the severity of autistic features for each person every twelve months during the period. They measured challenging behaviour using the Aberrant Behaviour Checklist (ABC).  This was completed every 3 months.

They found significant differences in the outcomes for the two groups. For those in the autism programme with structured method (PAMS) they found that stereotypic behaviour and inappropriate speech had significantly decreased and the IQVMR total score had increased.  Those in the comparison group in the traditional residential service for people with learning disabilities however had scores on the ABC which did not change and their IQVMR total scores decreased.

They concluded that the PAMS programme had had a positive though indirect influence on quality of life for those people receiving support through it by reducing challenging behaviour.