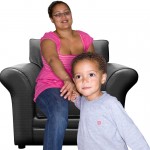 Short breaks offer an opportunity for the person supported to be away from home and for family carers the opportunity to recharge depleted batteries.

Earlier this year, we reported on the publication of Mencap’s survey of families which suggested that 8 out of 10 families surveyed reported they had reached breaking point, reporting high levels of stress, and a number of negative impacts on family life of as a result of the lack of short breaks has a negative impact on family life.

The researchers in this study looked at specialist short break services set up to offer enhanced support to family carers. They wanted to know whether such services had any impact on preventing children whose behaviours severely challenge being placed in full-time residential care.  Their initial review of the literature had suggested that there was currently limited evidence on the functioning and effectiveness of such services.

What they did was select 17 children at random from 123 either currently receiving services (or had previously received services in the 2 years prior to the study)  from three specialist short break and community support services.

For each of the 17 children they carried out a series of interviews, with a parent, the service based key worker and the professional who had referred the family to the service. In the majority of cases this was a social worker.

What they found was that there were five core themes that emerged that seemed to cover the common experiences of those who were interviewed:

They conclude from their study that specialist short break services such as the one they worked with can make a ‘vital contribution to retaining children within their families’, but were keen to point out that there were some important conditions identified in the study:

Perceptions of Effective Support Services to Families with Disabled Children whose Behaviour is Severely Challenging: A Multi-Informant Study, McConkey, R et al., in Journal of Applied Research in Intellectual Disabilities, 26: 271–283