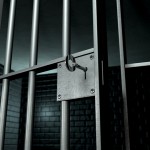 Published research in the last few years has shed some light on the experiences of people with learning disabilities in the criminal justice system, with significant evidence emerging of their vulnerability.

The authors of this current study however, were interested in the ways in which people might, or might not, become involved in the criminal justice system at the point of crisis.

Previous studies have suggested that a lot of criminal offending by people with learning disabilities is either undetected or not reported.

One study Holland et al (2002) pointed out that there was a group of people, already known to services, for whom the line between what is conceptualised as ‘challenging behaviour’ and ‘offending’ was never clear. Individuals in this group may have been involved in incidents that could have required police intervention, but the police were either not involved, or if they were, arrest was not an outcome.

The authors of the present paper were interested to explore some of these issues and what might predict on criminal justice system outcomes for people with learning disabilities when the police are called in response to behavioural crises.

What the researchers did was to draw data from a larger Canadian study on behavioural crisis, which involved over 750 individuals. The sub group of participants for the study was a group of 147 people with at least one behavioural crisis that had police involvement. For a variety of reasons it was not possible to use the data in the study for a small number of people, so the final sub group consisted of 138 people and data for these people were used for the analysis.

For each of these 138, the research team analysed the first crisis identified and looked at a description of what happened (given by staff supporting the person) and the initial outcome of the crisis. The team identified three categories of outcome – 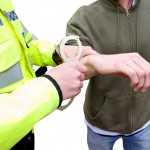 In terms of the initial outcomes for the 138 people following police intervention,

The researchers carried out a series of analyses of the associations between identified factors which might impact on these outcomes to try to better understand and causal relationships.

When looking at the relationship between crisis type and outcome, they found that in the group for whom arrest was the outcome, physical aggression was most likely crisis.

Concern about the possibility of a suicide attempt was a crisis found only in the group sent to the psychiatric emergency department.

For other types of crisis, they found the numbers too small for analysis.

The authors suggest that their findings be treated with some caution however, as the small numbers of individuals associated some of the outcomes mean that it is difficult to establish the size of the effect.  They also point out that in terms of police responses to behavioural crises analysed in the study, only 1 in 10 police visits resulted in arrest

They raise the point that whilst previous literature has suggested those with learning disabilities and legal involvement were more likely to be male and younger in age compared to those with learning disability not involved with the law, this study found no significant differences for gender and age between those arrested and those who received on-scene resolution following the crisis.

Interestingly however, there was consistency with previous research in the finding that people who were living independently, or with families were more likely to be arrested than to receive on-scene resolution, whereas there were higher rates of people living in supported group homes in the on-scene resolution group compared with the arrested and emergency department groups.

The authors theorise that either police view supported group homes as stable environments with capable staff, or that staff, whilst wanting the police to intervene to help manage immediate safety concerns, do not want to see arrest as an outcome.

The authors also speculate that as having a history of forensic involvement meant an individual was more likely to be arrested than receive on-scene resolution that the ‘forensic’ label impacted on police perception of the incident, regardless of the offence.

The authors conclude that differences in the situation surrounding the individual and differences at the level of the person were found between those arrested, those who were taken to the emergency department or those whose crisis was resolved in a way that meant they remained at home.

This paper is one of the first to consider how people with learning disabilities enter the criminal justice system and raise questions around what factors might be predictors of whether that contact leads to further police action, professional support from mental health services or continued management by a service provider.

The authors point out that there are some limitations to the study and that the small numbers involved in some of the outcomes mean that the figures need to be treated with some caution. As the data used for the study were part of a larger study on crises for people, information on the encounter with the police was limited to a report by staff involved and so remains subjective and from one viewpoint. There was no opportunity to gather information from other perspectives and in particular from the people with disabilities themselves.

The authors theorised that staff in supported group home settings might call the police to intervene to help with immediate safety issues, but it was not possible to explore this issue in the study. This might be a useful area to explore further.

Prevalence of ‘criminal offending’ by men and women with intellectual disability and the characteristics of ‘offenders’: implications for research and service development, Holland A et al., in  Journal of Intellectual Disability Research, 46: 6–20