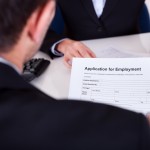 When asked to consider what makes life good for us, we might often think about the central place of choice – the choice of what we wear, what we eat, how we spend our time, the work we do – all these things will be part of our identity. If we need support, then we would also, no doubt, like as much choice as possible over who supplies that support.

As far back as 2001, the Valuing People White Paper set out a key requirement that people who use services should be involved in decision making in those services, including staff selection and recent moves towards personalisation have seen more people becoming employers of personal assistants.

They were interested in particular in the kinds of support they may need to offer to people with complex needs to effectively get involved in the process.
The service concerned was an assessment and treatment service, where the individuals using the service were described as experiencing mental health problems or having behaviours that could pose significant challenges to themselves and others people

Earlier parts of the process, such as advertising, job description, person specification  etc. had already been completed when the research began.

In order to gather views about staff qualities, they devised two open-ended questions about ‘good staff’ and ‘bad staff’ and further probed to ask why these judgements had been made.

They found that most people working with open ended questions a difficult task, so they used a forced-choice questionnaire with list of characteristics drawn from previous studies. They used information from this to create a list of observable criteria for use with candidates at interview.

The researchers found that the people using the service focused on the personal characteristics of candidates, rather than skills and knowledge. What they did therefore was to separate the process into two panels – a users’ panel, to assess behaviour and character and a professionals’ panel to evaluate skills and knowledge.

In the decision making process – the professionals’ panel had what the researchers describe as a proportionately larger weight, but significant concerns raised by the users’ panel would mean that the person would not be offered the job.

The researchers describe how they took into account a variety of issues that might have impacted on each individual’s ability to be involved in the process, including risk assessments on known concerns and offering short sessions with relaxation periods in between. Despite this however, two of the individuals concerned were too tired to be involved in a planned session for the professionals’ and users’ panels to meet to discuss scores. The researchers point out that the result of this was that the facilitators put across the views of the service users and that unsurprisingly,  the scoring of both panels almost identically mirrored each other.

Following the interview day, the facilitators and service users met to consider the process. People involved suggested they liked the process and valued the involvement, but that the day had been long and tiring, which led the group to consider a smaller number of candidates for future interview days.

The researchers point out that their experience of working as a group and using a separate service users’ panel worked well as it meant they were able to consider how best to meet the  specific needs and wishes of individual service users and enabled both panels to do their separate parts of the process.

One thing the researchers had not considered is an agreement about what to do if there was a significant disagreement about who to appoint and suggested that they needed a plan to deal with this.

This piece of work is a very detailed description of a process that attempted to engage with and involve a number of people with significant challenges in their lives in a process of recruitment to a professional post within a treatment service. As such, the researchers have tried to grapple with a significant number of challenges in responding to the needs of the individuals concerned whilst maintaining a professional approach to the need to comply with organisational policy and employment law.

They point out that despite the level of planning and apparent attention to detail things did not go according to plan at all times and that these challenges tested their resolve to continue. They point out with some honesty that the set-backs encountered did lead the team to consider whether the whole process was worthwhile.

However, the feedback from the people involved at the evaluation meeting suggested that the found the process and enjoyable and stimulating one. The researchers themselves would no doubt recognise though that there may be a tendency for compliant responses and if resources had allowed, an independent evaluation of the process might have yielded more in depth understanding of participants’ feelings.

The researchers conclude that with adequate support and the opportunity to feel valued, even people who experience significant challenges can participate in a complex process and that staff involved felt positive about the chance to work in true partnership on a process that could facilitate increased control for people using the service.

Interestingly, they also point out that their experience of having two sets of people focus on different aspects of the person specification may lead to  the recruitment of the most robust applicant. However, one key piece of follow up would be an evaluation of the applicants recruited via this process, to look at a range of performance measures in relation to both aspects of the specification.

The importance of being earnest: our experience of involving service users with complex needs in staff recruitment, Hurtado B et al., in British Journal of Learning Disabilities, 42, 1, 36-42