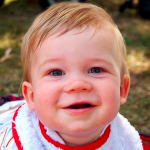 One such condition, Fragile X syndrome (FXS), is the leading genetic cause of learning disability. Those with FXS typically express a range of challenging behaviours with self-injurious behaviour and aggression often being the most significant (Hatton et al., 2000).

In their recent paper, Kant and colleagues have focused on expanding the evidence base for efficacy of using functional analysis (FA) with children who have FXS and severely challenging behaviour. 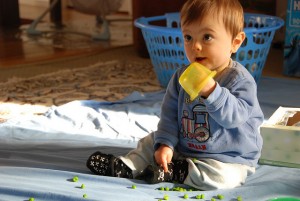 The study used a ‘consecutive case-series’ design, meaning that archived patient records (from an inpatient unit and outpatient clinic for severe problem behaviour) were searched to identify all individuals who met the following criteria:

All participants who met these criteria were included in the study regardless of their clinical outcome by the end of treatment.

Nine participants were identified in total; 8 male and 1 female, aged between 6 and 15 years (with a mean age of 10). All had learning disabilities, and most had additional diagnosis including autistic spectrum disorders (ASD) (7 children) and attention deficit hyperactivity disorder (ADHD) (3 children).

Staff and observers working with these children had all been extensively trained in the use of FA. A variety of FA sessions were used to determine which factors or events reinforced behaviours, including:

Inter-observer agreement of behaviours displayed (or not) during these sessions were very acceptable, averaging 99.3%.

Intervention procedures were derived from the results of FA as well as from caregiver reports and behavioural observations, and developed according to the individual needs of each participant. Generally these included reinforcement of alternative or other behaviour(s), extinction, functional communication and/or noncontingent reinforcement. Success was considered to be 80% or greater reduction in the behaviour. 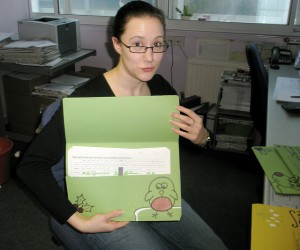 Participants began with a range of challenging behaviours, including self-injurious behaviour (such as hand/object to head hitting, biting, head banging and slapping), aggression (such as hitting, kicking, hair pulling, biting, scratching) and destructive behaviours (such as throwing and breaking objects).

FA enabled multiple functions for the challenging behaviour to be identified for all nine participants. Functions identified were:

All participants went on to receive function based treatments, ranging from 32 to 260 sessions. Sessions resulted in an average 95.2% reduction in challenging behaviour (ranged 83.5-100%). Caregivers were trained to implement the intervention at home in all nine cases and maintenance of this reduction in home, school and community settings was demonstrated for seven participants. 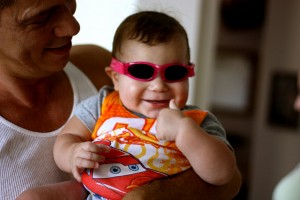 All children had large reductions in their challenging behaviours, and training caregivers in FA techniques helped to maintain these!

The nine cases described in this paper seem to indicate the usefulness of function based assessments and treatments for children with FXS and severe challenging behaviours. All participants achieved impressive reductions to their behaviours and for most, these improvements continued outside of the clinical setting. Overall, the study could provide some useful evidence in support of using this approach with this specific population of individuals with learning disabilities.

The authors state that

…clinically meaningful reductions in problem behaviour were achieved with all nine participants.”

Kurtz and colleagues have collated a fairly broad range of case studies, and described each one in great detail. The study’s findings appear consistent with other research done in this area (e.g. Langthorne et al., 2011, Machalicek et al., 2014), though uniquely this paper drew participants from a sample with high clinical severity of behaviour, rather than a non-clinical sample.

In this way it addresses a gap in the research literature, and the applicability of their findings are clear. In terms of limitations however, by drawing from such a specific population it is unclear whether these findings could be generalised to other individuals with FXS.

The specialised clinical setting they drew participants from allowed for highly controlled conditions that may not be available in other clinical or non-clinical settings. In addition to this, it would be interesting to determine whether other staff groups could obtain such results, as it is noted in the study that staff in this setting were extensively trained and specialised.

Finally, the study did not report any long-term follow up data, so we do not know whether these impressive results have been maintained over time; an important consideration in the use of any intervention. 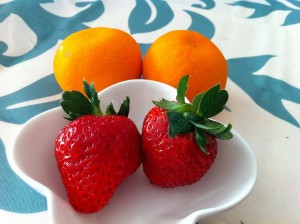 By focussing on such a specialist population from within a specialised service, the findings of this study may not be generalisable

Overall this study appears to be the first to demonstrate the utility and effectiveness of FA, function based treatments and generalisation of behavioural treatment, in a sample of children with FXS. Considered alongside previous work done in the area, the authors suggest there is now strong support for the use of function based treatments for this specific population. Nevertheless, the study draws it’s conclusions from a small sample of nine individuals from a specialist clinical setting, and does not provide any long-term follow up data. Certainly more research could be done to strengthen these findings.