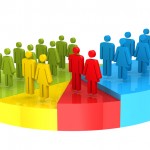 At the end of last week, the Government published it progress report on the joint improvement programme set in train following the Winterbourne View scandal. The report sets out the progress made, but also recognises the scale of the task still ahead. There were forty eight people resident in Winterbourne View at the time of its closure. NHS England is tracking progress for these people. One has subsequently died and of the 47 remaining, 24 were in residential care homes, 10 in supported living and 13 still in an NHS setting.  Of the 13 supported by the NHS, 5 were in assessment and treatment centres, 3 in medium secure and 5 in low secure settings. 12 of the 13 are still being supported out of their home area.

Target Date Likely to be missed

The report restates the target date of June 2014 for everyone to be in appropriate care, but there is recognition this is a target to focus minds. The work to understand the needs of people and plan and deliver sustainable high quality supports is complex and the report restates the intention to get this right over time rather than focus on a specific target date.

One of the pieces of work being undertaken by the joint improvement programme is the learning disability census. The initial findings from this were also published last week and seem to suggest that progress towards this target is currently very slow. Data for the census were collected through the Health and Social Care Information Centre (HSCIC) on behalf of the Department of Health, the Care Quality Commission, Public Health England and NHS England and report findings from 104 provider organisations representing 3,250 people using services.

The initial findings show virtually no change in the number of people with learning disabilities placed in hospitals since 2010.

Significantly, 60% of this group had been in the hospital placement for over a year.

Nearly a fifth had been in hospital for over 5 years.

As with the Winterbourne group being tracked by NHS England, there were many people placed away from their home areas. Just under one in five were more than 100km from their residential postcode. Many people placed 100km from their residential postcode

20% were inpatients in wards for people with mental health needs.

It was pointed out by the census authors that providers could not supply a valid residential postcode for 28% of inpatients, raising concerns about enabling people to maintain contacts with family, friends, advocates and their local commissioners.

Interestingly, a recent review of literature looking at precipitants of physical and psychological abuse of individuals with intellectual disabilities to understand why mistreatment is prevalent found a lack of recent empirical evidence looking at the incidence of abuse and its potential causes. There was little material on the long-term impact of staff training and the author concluded that more research is needed to understand how best to protect individuals with learning disabilities in residential settings.

Dismay at lack of progress

Not surprisingly, there has been significant criticism of this current state of affairs, with the leaders of the Out of Sight Campaign run by Mencap and the Challenging Behaviour Foundation calling progress “distressingly slow,” and the families of the victims of Winterbourne View writing an open letter to Norman Lamb, care and support minister to express their concern at the lack of progress and continuing significant risk to their family members.

Winterbourne View: Transforming Care One Year On, Department of Health

How do we prevent another Winterbourne? A literature review, Wright S in  Advances in Mental Health and Intellectual Disabilities, 7, 6, 365 – 371