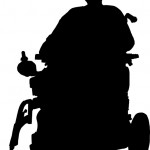 The possible link between the MMR vaccine and autism has been shown to have no basis in evidence, despite such a link being posited in a 1998 paper in the Lancet. The paper was subsequently retracted following a GMC investigation of its author.

The researchers in this US study point out that although the link has not been proven scientifically, the theory of such a link remains popular. They wanted to look at whether this idea continued to influence the attitudes of parents of children with autism spectrum disorders.

They set out to discover how often parents changed or discontinued their child’s vaccine schedule after a diagnosis of autism spectrum disorder. They also wanted to know if their beliefs about the possible causes of autism might have affected their decisions about vaccination.

They surveyed 197 (43%) of 460 parents of children under 18 years of age with autism spectrum disorders supported by state-funded services in western Los Angeles County.

They found that half of parents had discontinued or changed vaccination practices and that these decisions were associated with the belief that the vaccines used were a contributory factor in the cause of autism spectrum disorders. This meant that in the county, it was likely that there was a subset of under-vaccinated children.

They recommend the production and promotion of educational tools that can be used by doctors to talk through the evidence and to explain vaccination.

Vaccine-Related Beliefs and Practices of Parents of Children with Autism Spectrum Disorders, Bazzano A et al, in American Journal on Intellectual and Developmental Disabilities: 117, 3,.233-242.