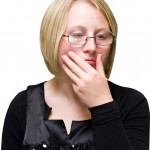 The researchers in this study set out to investigate the rates and types of co-morbid disorders in a group of 84 young people (mean age 19.5 years) with autism.

They assessed mental disorder with a semi-structured comprehensive clinical interview with the participants and with caregivers and also used quantitative questionnaires.

The diagnoses were made according to DSM-IV-TR and International Classification of Diseases, 10th Edition criteria. They found that 42% of the young people with autism in the sample had an additional co-morbid mental disorder.

They conclude that this rate of co-morbid disorder was higher than expected, being 2 to 4 times what would be expected in a similar group of typically developing young people.