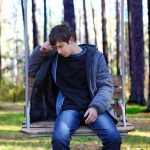 People with Autism Spectrum Disorder (ASD) are over-represented in the forensic learning disability population (Dein et al, 2010). In this study the forensic, clinical and treatment outcome profiles of service users with ASD were investigated and compared to those without ASD treated over the same period in a specialised forensic inpatient intellectual disability service in England.

The study was part of a service evaluation project of a 64 bed specialised forensic inpatient intellectual disability service. The service has a nation-wide catchment area and accepts referrals from settings such as prisons and other secure services. All service users treated within the service over a 6 year period were included in the study. 138 cases were reviewed in total. 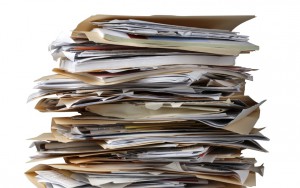 This study was a retrospective case file review, part of an evaluation of a 64 bed forensic inpatient unit

In summary, the authors concluded that service users with ASD were less likely to have been subject to criminal sections or restriction orders than other service users, just as likely to present with a history of aggression, and more likely to be placed under community supervised placements rather than an informal community placement on discharge than their non-ASD counterparts.

The authors reported the following findings:

In relation to clinical factors, epilepsy was more prevalent in service users with ASD compared to those without ASD, indicating a need to have awareness around this in treatment planning.

The majority of service users with ASD had histories of self-harm. This was significantly higher than those without ASD. This finding is consistent of findings by Rojahn et al (2010), indicating the need for careful treatment plans to address self-harm in patients with ASD within forensic services.

The ASD population had a lower prevalence of mental health co-morbidity than the non-ASD cohort. However, the ASD cohort had a higher prevalence of mental health co-morbidity than other adults with intellectual disability without a forensic history living in the community (Deb et al, 2001). Murphy (2003) has highlighted how co-morbidity requires careful consideration when treatment planning and assessing risk in the forensic ASD population.

In relation to forensic factors, this study shows that conviction rates are a poor marker for the size of problem behaviour for those with ASD within forensic intellectual disability services. Focusing solely on convictions appears to undercount the numbers of offences by a factor of at least three.

Those with ASD were less likely to be subject to criminal sections or restriction orders than other patients, suggesting those with ASD in this study were treated less harshly by the criminal justice system than their peers. This finding highlights the need for careful history taking that thoroughly investigates past behaviour and uses that information to plan treatment. 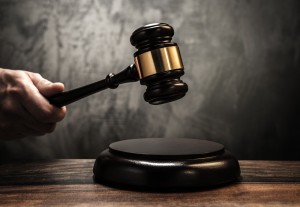 This study makes a significant contribution to the literature regarding those with ASD in forensic intellectual disability settings. Key points raised are the prevalence of clinical co-morbidities and the importance of compiling a thorough forensic history to inform treatment and positive treatment outcomes. Prior to this study, little was known of these factors despite the fact that ASD is prevalent in forensic services (Alexander, 2011).

A limitation of the study is that the sample is drawn from a single service and analysis based on a cohort of 42 service users with ASD and 96 service users without a diagnosis of ASD. The authors note that it is difficult to generalise conclusions due to the size of the sample and also the fact that it was a single centre study. This is underscored by the fact that different researchers found contradictory findings when they reviewed other services (Haw et al, 2013; Archer and Hurley, 2013).

It is not clear why the researchers found differences across studies. Given that the three research studies were conducted within the same constituent country in the UK, England, it is less likely that these apparently contradictory findings are a reflection of different legal practices or approaches towards treatment of offenders with intellectual disability and/or ASD in different regions.

It would be interesting to review the cognitive profile, level of adaptive functioning and functional capacity skills required to appear in court of each set of participants across studies to identify what factors may lead to different treatment approaches within this cohort of offenders.

An ASD diagnosis alone did not seem to predict treatment outcome. Other factors were identified that need to be factored into an assessment and treatment plan for this population:

Focusing solely on convictions appears to undercount the numbers of offences by a factor of at least three. This highlights the need for careful history taking that thoroughly investigates past behaviour and uses that information to plan treatment.

Epilepsy was more prevalent in patients with ASD compared to those without ASD and this must be considered during assessment and treatment planning.

The study indicated that the patients with ASD had a high co-morbidity of a wide range of mental health conditions relative to people with learning disability living in the community without forensic histories. This factor requires careful consideration in relation to clinical assessment and risk management, treatment planning, separate from the inherent features of ASD (Murphy, 2003).

There is a need for careful assessment, risk management and treatment plans to address self-harm in patient with ASD within forensic services.

What new research avenues does this evidence open up?

It would be useful to study the clinical, forensic and treatment outcomes of people with ASD and LD in non-forensic mental health settings to see if the same profile emerges regarding prevalence of mental health co-morbidity, prevalence of self-harm and low impact anti-social risk-behaviour and explore treatment options for this group.

It would be useful to look at the possible impact of a neurological condition (epilepsy) on the presence of forensic behaviour (e.g. aggression and impulse control) in the forensic ASD population.

It would be useful to study factors, such as impulse control, that may contribute to self-harming in this population and whether there are distinct typologies as authors suggest. 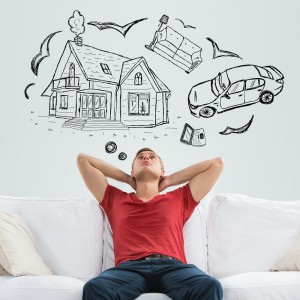 Careful assessment, risk management and treatment plans are needed to address self-harm in patients with ASD within forensic services