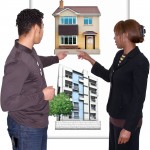 The authors of this study were interested in looking at support to adults with autism spectrum disorder in staffed housing services. Their focus was on looking at whether diagnostic congregation, or grouping people with similar diagnoses, was prevalent in services and if so, whether it had any impact on outcomes.

They worked with 157 adults with learning disabilities from a sample of 424 in staffed housing, all of whom had been assessed as having the triad of impairments found in autistic spectrum disorder.

The participants lived in 88 staffed houses. Of these, 26 were non-congregate (where 40% of residents were assessed as having the triad of impairments) and 50 were congregate (where 60% had the triad). The authors eliminated 12 of the services which had intermediate groupings.

They compared the non-congregate and congregate groups on a range of variables, including age, gender, adaptive and challenging behaviour, house size, staff per resident and measures of quality of care and outcome.  They also made comparisons with matched congregate and non-congregate sub sample using the Adaptive Behavior Scale (ABS).

What they found was that the non-congregate settings were larger, had lower staff per resident and more individualised social milieus.

They also found that the non-congregate group did more social, community and household activities, which after matching for ABS, they found were not significant.