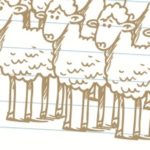 Autistic Spectrum Disorders (ASD) cover a range of developmental disorders, including Autism, Asperger Syndrome and Rett’s Syndrome. ASD can involve a variety of symptoms, which fall into 3 main categories:

Social interactions can be extremely difficult for children with ASD, and school can present a major challenge for them. Social skills groups are a frequent intervention in schools for children with ASD. Groups are typically organized on a weekly basis for a period of 12 or more weeks, with each session lasting 60 to 90 minutes. Lessons usually focus on a specific social skill with the following format:

The research team from the Cochrane Developmental, Psychosocial and Learning Problems Group, carried out a systematic review of 5 randomised controlled trials (RCT), comparing treatment (social skills groups) with a control group (no intervention, waiting list or treatment as usual). The majority of the 196 participants across the 5 trials were of primary school age (7 to 11 years).

The outcomes that were measured included the following: There is some evidence that social skills groups improve:

No differences were found between treatment and control groups in relation to:

No adverse effects of social skills groups were reported in any of the studies.

The authors were clear to mention the limitations of the review:

There is some evidence that social skills groups can improve social competence for some children and adolescents with ASD. More research is needed to draw more robust conclusions, especially with respect to improvements in quality of life.

Although the precise manner in which social skills groups change children’s social behaviour is unclear, it seems that children with ASD can learn to improve their social awareness and interactions through discussion and practice of appropriate social behaviours. It seems imperative, therefore, that children are diagnosed early and that interventions are put in place to ensure that people with ASD are taught the skills to communicate and interact more effectively.

It is clear that further studies are required to understand the range of social difficulties for people with ASD and to find suitable and specific interventions for them. Furthermore, the most effective methods of intervention need to be developed and refined so that people across the spectrum of disorders are given the best chance possible to become socially competent adults.