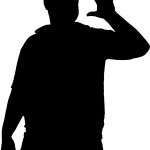 The researchers in this descriptive study set out to describe the issues facing a pilot service for adults with attention deficit hyperactivity disorder (ADHD) set up in the north east of England. They gathered data on the total number of referrals, the source of referrals, sex ratio, follow-up treatments, and co-morbid diagnosis for the period of March and October 2009 The study population was adults aged 18-65 years which included adults with mild learning disabilities.

In total in the period studies, 117 adults were referred to the pilot service and 105 people were assessed.

The authors found the most common source of referral (57% of total) to be general practice, (n = 60). A new diagnosis of adult ADHD was made in 47 of all people presenting at the service (39.1%)  In terms of sex ratio, over 80% were male.
58% of those with ADHD (n=55) had a co-morbid diagnosis. A small percentage (around 4%) of referrals to the service came from adult learning disability services.

The authors suggest their initial findings suggest a significant gap in diagnostic services for adults with ADHD.