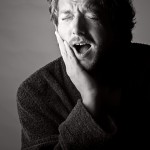 Temporomandibular disorders (TMDs) comprise a group of clinical  problems that involve the masticatory muscles, the temporomandibular joint and associated structures, or both. They may also involve many organic, psychological and psychosocial factors. The aetiology of TMDs is still not clear.

The aim of this Cochrane review was to assess the effectiveness of arthroscopy for the management of signs and symptoms in patients with TMDs.

The following databases were searched; The Cochrane Oral Health Group Trials Register , the Cochrane Central Register of Controlled Trials (CENTRAL), MEDLINE, EMBASE , LILACS , Allied and Complementary Medicine Database (AMED) , CINAHL . In addition reference lists of the included articles were checked and handsearching of a number of journals was conducted. There were no restrictions regarding the language or date of publication.

They included seven trials (involving 349 patients)  that were either at high or unclear risk of bias.

Both arthroscopy and nonsurgical treatments reduced pain after 6 months. When compared with arthroscopy, open surgery was more effective at reducing pain after 12 months. Nevertheless, there were no differences in mandibular functionality or in other outcomes in clinical evaluations. Arthroscopy led to greater improvement in maximum interincisal opening after 12 months than arthrocentesis; however, there was no difference in pain.