Dental Implants are now widely used to replace missing teeth. Some dental implant losses a may be due to infection at insertion. Consequently, a range of antibiotic regimes have been suggested, although in general antibiotics should be reserved for those patients at great risk, if the surgery is in an infected site, is extensive and prolonged.

Searches were conducted in PubMed, Web of Science, and the Cochrane Oral Health Group Trials Register This was supplemented by a hand search of dental implant related journals. Human clinical studies that compared implant failure/survival rates in any group of patients receiving versus not receiving antibiotic prophylactic regimen for the placement of implants were considered. For this review implant failure was defined as the complete loss of the implant.  Study quality was assessed.

Scientific evidence suggests that, in general, antibiotics are beneficial for reducing failure of dental implants placed in ordinary conditions. Specifically 2 g or 3 g of amoxicillin given orally, as a single administration, one hour preoperatively significantly reduces failure of dental implants. No significant adverse events were reported. It might be sensible to suggest the use of a single dose of 2 g prophylactic amoxicillin prior to dental implant placement. It is still unknown whether postoperative antibiotics are beneficial, and which antibiotic is the most effective. 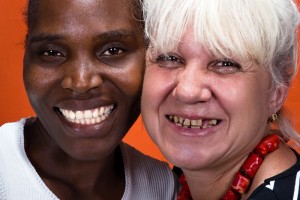