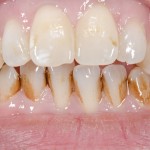 Twice daily toothbrushing with fluoridated toothpaste is the cornerstone of daily oral hygiene. It is also effective for maintaining periodontal health together with regular flossing.  When these conventional approached are difficult or compromised, for example following surgery or in patients with additional needs chemotherapeutic agents and assisted brushing is warranted. While mouthrinses are the most commonly uses method of delivering chemotherapeutic agents oral sprays are a potential alternative.

The aim of this review was to assess the efficacy of antiseptic oral sprays in the control of dental plaque and gingivitis.

Searches were conducted in the PubMed, Cochrane Library and Web of Science databases. Randomised controlled trials (RCTs) on the use of oral sprays providing information on plaque or gingival inflammation and published in English were considered. Two reviewers independently screened the studies, abstracted data and assessed risk of bias using the Cochrane tool. Random effects meta-analysis was conducted.

Available evidence suggests that oral sprays are an acceptable delivery method for antiseptic agents. CHX is the most widely investigated antiseptic agent used in oral sprays, and meta-analyses suggested it to be effective in reducing plaque scores and gingival inflammation. However, considering that bias to some extent existed in the included studies, the findings in this review should be interpreted with caution.

Three major databases were used for this reviews search. However, only English language studies were included so additional relevant studies may have been excluded, a point noted by the authors. Many of the included studies were small (7 with fewer than 20 patients) and of short duration. While study quality was assessed using the Cochrane risk of bias tool only the overall summary was presented rather than the individual study data, but it is noticeable that only 25% of studies were at low risk of bias for random sequence generation and about 10% for allocation concealment raising questions about the randomisation procedures.  While a range of antiseptic agent were used chlorhexidine was the only agent for which a meta-analysis was possible with small reductions in plaque indices being demonstrated.  As the authors suggest the results suggest be interpreted with caution and further high quality studies are needed.