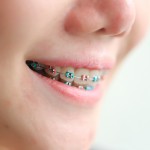 Orthodontic treatment with fixed appliances is commonly undertaken in adolescence. Failure to maintain effective oral hygiene measure while the appliance in in place can lead to the development of areas of enamel demineralisation or white spot lesions (WSLs) associated with brackets. This is reported to be common adverse effect with reported prevalence ranging from 32-74%.

Two reviewers selected studies and abstracted data with risk of bias being assessed using the Cochrane tool. Initial assessments were made by one reviewer and checked by a second independent reviewer. Random-effects meta-analyses of mean differences (MDs) or relative risks (RRs) with their 95% confidence intervals (CIs) were conducted, followed by sensitivity analyses, and the GRADE analysis of the evidence quality.

Based on currently available evidence from randomized clinical trials, active patient reminders, flat surface sealants and fluoride varnishes are associated with reduced development and magnitude of WSLs during orthodontic treatment with fixed appliances. However, the strength of these recommendations is mostly low, due to the inclusion of few small randomized trials in each meta‐analysis, while many of the included trials did not assess WSL at debond or later. This means that future randomized trials might radically change existing recommendations concerning the prevention of orthodontically‐induced WSLs and might at the same time enable the conduct of network meta‐analysis to rank all preventive measures according to their performance.

The Cochrane Oral Health Group (Dental Elf – 27th Jan 2014) last reviewed this topic in 2014 including just 3 studies. Since then a number of additional reviews have been conducted related to this topic, the most recent of these that we reported on was by Höchli et al in 2016 (Dental Elf – 14th Dec 2016). That review included 20 small RCTS although it considered interventions for both the prevention and treatment of WSLs while this latest review focusses on prevention only.

Although an extensive literature search has been undertaken and a reasonable number of studies have been identified none of them were considered to be a low risk of bias and 70% being at high risk of bias.  Considering that large numbers of children and adolescents undergo fixed appliance orthodontic treatment and the high prevalence of WSLs  there is a clear need for well conducted and reported trials of appropriate size to provide high quality evidence on the best preventive interventions for patients