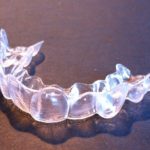 The aim of this review was to compare external root resorption in patients receiving clear aligners treatment with those being treated with fixed appliances.

Based on current available evidence, this systematic review and meta-analysis demonstrates that CAT might not prevent ERR during orthodontic treatment, but both incidence and severity of ERR could be lower compared with results reported by studies in FAT. Intermittent force system and less jiggling movement, which require well-designed treatment plan by orthodontists and good cooperation by patients, might help to achieve it. However, the qualities of the studies included are relatively low. High-quality RCTs and considerations of more confounding factors are needed to conclude a more persuasive result.

A protocol for the review was published and a wide range of databases have been searched. However, none of the included studies were considered to be at low risk of bias with 5 out of 11 being at high risk.  Only 3 of the low risk studies involving just 99 patients contributed to the meta-analysis so while ERR was significantly lower in patients having aligner treatment the findings should be viewed cautiously. The reviewers noted that ERR was reported in at least one tooth in patients undergoing CAT in all 11 studies they also highlight that different approaches were taken to measurements in the included studies and that in most of the included studies only non-extraction cases were included. So, while the review suggests that ERR may be lower in patients treated with CAT additional high-quality studies are needed to clarify the evidence.