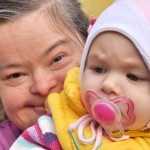 Pacifiers were first mentioned in the medical literature as far back as 1473 and their use is common among babies and children across the world. Their use is reported to be as high as 42.5% in children up to the age of 12 months in some developed countries. Some pacifiers, designed to cause fewer side-effects have been marketed as orthodontic pacifiers.

The aim of this review was to assess the effects of pacifier sucking on orofacial structures, including the evidence of differences between orthodontic and conventional pacifiers.

Two reviewers independently selected studies, abstracted data and assessed risk of bias.  Risk of bias was assessed using the ROBINS-I tool.  A narrative synthesis of the findings was conducted was presented.

A high level of evidence on the effects of pacifier habits on orofacial structures is non-existent. However, there is moderate evidence that the use of pacifier is associated with anterior open bite and posterior crossbite, thus affecting the harmonious development of orofacial structures. Taking into consideration the present evidence, it seems that pacifiers with thin neck induce less open bite than the conventional ones. Functional/orthodontic pacifiers investigated in the literature seem not to reduce the occurrence of posterior crossbite. New nipple shape and texture are needed to counteract the narrowing of the palate. Randomized controlled trials are strongly needed to further analyze the effect of conventional and functional/orthodontic pacifiers on orofacial structures.

The authors of this review have searched a good selection of databases and generally taken a good methodological approach following the PRISMA guidelines, although they have decided to include a broad range of study designs. A majority of the studies were of cross-sectional design (53%) and all were at serious risk of bias, so consideration could have been given to including only prospective studies.  While to review provides a good summary of the available literature the findings highlight the need for high-quality studies to assess the impact of pacifiers on orofacial structures. The impact of difference designs should be tested using high-quality and well reported randomised controlled trials.