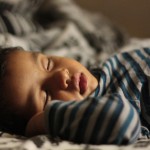 Sleep disordered breathing is common in childhood and it is estimated that between 0.8% and 24% of children are habitual snorers with 1-5% having obstructive sleep apnoea syndrome (OSAS). A number of different treatments have been used for OSAS in childhood, alteration of the sleeping position, continuous positive airways pressure (CPAP), weight loss tracheostomy, maxilla-mandibular advancement, uvulopalatopharyngoplasty, oral appliances and adeno-tonsillectomy, the most common being adeno-tonsillectomy.

The aim of this Cochrane review was to assess the effects of oral appliances or functional orthopaedic appliances for obstructive sleep apnoea in children.

This is an update of Cochrane review last reviewed in 2007 , despite an extensive search no new studies have been included. This leaves just one very low quality study which provides insufficient evidence. In contrast more evidence is available for the use of oral appliances for obstructive sleep apnoea in adults , a 2006 Cochrane review of concluded;

They went on to suggest that OA should be considered in patients with mild symptomatic obstructive sleep apnoea a view supported by a 2014 review by Okuno et al (Dental Elf – 18th Jul 2014). However, while the evidence in adults is more suggestive of a benefit this cannot be translated to children so well conducted and reported studies need to conducted to assesses the benefit of OA for children.